Site Supporters
Well, The first president in USA history has resigned. President Donald John Trump surrendered to Media demands, dropped the microphone and quit. The Clinton's could not be reached today for comment. The White House is up for grabs ...C_S Aroo... first!? What about me? Am I nothing but chopped liver?!​

Staff member
Site Supporters
Of course the White House is up for grabs, it will soon be replaced by the Gold House on top of Trump Tower...

There is a good chance of it happening.

the idea is that nixon is making a werewolf-like call.

Totally ridiculous premise and lyrics, still this has more arooo!

Staff member
Site Supporters
care for some after dinner impeach-mints?

Ike Savage said:
care for some after dinner impeach-mints?
Click to expand...

Only if Trump is there for his last supper! 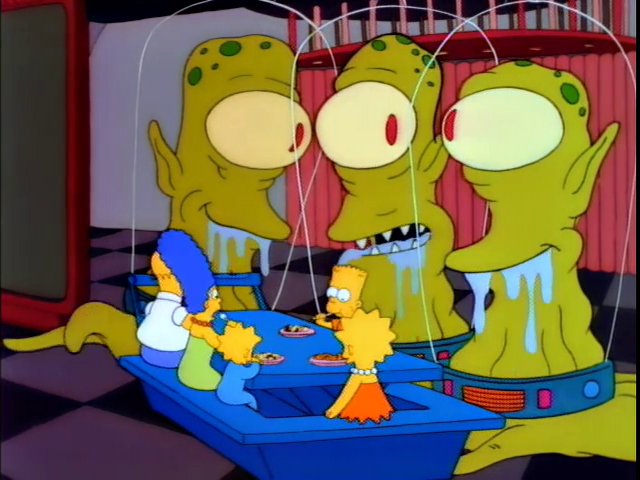 Ike Savage said:
care for some after dinner impeach-mints?

it's even more recent than that.

It's Drumpf and Nixon, Coil Smoke.

I got that straight off. 1992 is a mashup of their election years.

still, don't blame me for this mess... *I* voted for paulsen.

Coil_Smoke said:
I got that straight off. 1992 is a mashup of their election years.
Click to expand...

You're a mashup of an ignoramus and a moron. The question is, does that make you a "maroon" or an "ignoranimus"?

Site Supporters
If there's a reason why this site is no longer a pleasant place to visit, it's because Keith will always be lurking around to ruin it with his idiotic political bullshit fed to him by the drug addicts and child molestors that infest the AM radio talk shows that he listens to. Keith, you're either a fucking idiot, a fucking lunatic or a fucking traitor. Possibly all three. Everyone is now well aware that your president is all three of them.

what is it with you two, anyway? sounds like you folks quarreled at some other site, or maybe one of the VP chatrooms.

and to be fair, i think PN getting more quiet over the years has mostly been about the old guard moving on and most of the VP development being centered on newer sites. personally i don't mind sticking around and chatting a bit, but we don't really have anyone taking the lead on that stuff like sleepy and others used to do.

i love reddit and comment a lot there, but pretty much all my convos there involve an ever-changing kaleidoscope of humanity. i kind of miss talking to a common group of people and getting to know them over time. :/

Staff member
Site Supporters
also... it's probably best to be clear on my own views, re: trump:

i thought he was a highly-amusing political candidate even as he was an utter farce upon the same. but that's also sort of the pat paulsen (and many others) territory, which is something of a grand, fine old tradition.

but as a POTUS? as a POTUS i consider him an utter, unmitigated disaster. much worse than simply being an international embarrassment, he is in fact helping drive civilisation to extinction in any number of ways. the main reason i don't tend to make all this more personal than i already do with friends and acquaintances is because i can -also- see some of the factors that contributed to his election, and can understand (to some extent) why people would genuinely believe he was the best possible choice. but that's a long, winding, complicated story that's hard to really get in to with most folks.

honestly, i think each one of us is a unique mix of genius and dumbassery. i have no doubt that loads of trump voters have far more developed life skills and talents than i do across a range of areas. yet that's not at issue, today.

Staff member
Site Supporters
My Opponent is a LIAR - YouTube

what is it with you two, anyway? sounds like you folks quarreled at some other site, or maybe one of the VP chatrooms.
Click to expand...

I think I mentioned before that I came to PN the day after Black Tuesday and found Keith spouting his idiotic "fake news" blather in the chatbox. That just happened to coincide with the last day I took shit from fucking idiots who want to willfully destroy our country, all because they're breathtakingly stupid. We are four months into our ringside seats to this country eating itself from the inside-out, yet here's good ol' Keith, cheering from the sidelines and posting more horseshit because he has chosen to remain the same ignorant person he was when he popped his head out of his mother's hole. Hey, there's nothing wrong with being born ignorant. We all are... tabula rasa, right? But if that person wants to stay ignorant for the rest of their lives, if their inability to tell truth from fiction or shit from shinola endangers my country, myself and the people I care about, then that person can really and truly go fuck themselves.

Ike Savage said:
i can -also- see some of the factors that contributed to his election, and can understand (to some extent) why people would genuinely believe he was the best possible choice.
Click to expand...

I couldn't disagree more. At what point do we stop being ignorant, self-absorbed assholes and put the welfare of the other people in our community first? I once bit the bullet and voted for a Republican to be the governor of Kansas, because his Democratic opponent was one of those "anti-choice" religious zealots you see standing in front of the Planned Parenthood clinics. I voted against a strident party-line for what was best for my community. Idiots like Keith can't say they did the same thing.

Here's a good question for all those hardworking Joes and Joe-esses who thought it would be a good idea to have a stupid, hateful, racist conman as our president: did you ever work at a job where you needed help to complete a project that your employment depended on? If so, at what point did you think to yourself "You know the person I want to help me? That one guy two cubicles down who's a complete and utter moron. And he's a total racist, sexist dick to everyone! He's the guy that can help me save my job!" Math doesn't get any easier than adding 1+1. If you come up with "3" as your answer, then you're an idiot, plain and simple.
The New York Times did a story on the pervasiveness of painkillers and heroin in Trumpland. They talked to a farmer right there in Ohio where you live, nic. He has had two children die of drug overdoses and the only one who's left is in rehab, and I bet he doesn't last out the year... or, if he does, he'll probably be breaking into your house to steal your personal belongings and feed his addiction... but ol' Farmer Dumbass voted for Trump because "he talks tough." This incompetent fuckwit doesn't even have the basic parenting skills to keep a single one of his own children from being drug addicts, but he thinks he's a well-informed voter who knows what's best for the United States of America? This is the 21st fucking century, man! We, as a nation... as a planet!... are facing drastic changes both wonderful and catastrophic. Do we really have the time to waste cleaning up the messes left to us by people like Farmer Dumbass and Keith who weren't smart enough not to take a shit on the White House lawn?
Last edited: May 22, 2017

Site Supporters
But I'm sure that Keith is right and that Hillary Clinton is the most successful sociopath ever to walk the planet. Which , in itself, would be extraordinary because the vast majority of sociopaths are male. She has been in the public eye for some 40 years. She has been investigated and investigated and investigated and investigated and if I repeat that word 30 more times it will barely touch the tip of the shitberg of what she's been through at the hands of greedy, stupid people who want to see their own faces on Faux "News". But she has never once been convicted of a single, solitary crime. She has never once been brought up on any charges. That means she's smarter than Richard Nixon, Donald Trump, Roger Ailes (please don't rest in peace) Bill O'Reilly, drug addict Rush Limbaugh and her own fucking husband. I mean, there's absolutely no comparison for her success as an evil, world-dominating villain in the real world. Hell, even Lex Luthor and Moriarty ended up getting caught! So actually, Hillary Clinton is the most successful sociopath in the real and fictional worlds. And she has never once let her mask slip in 40 years of countless public appearances to show the monster that lurks inside. Not like Donnie does on an hourly basis.

The only other possibility is that Keith is ten pounds of shit in a five-pound bag.

Allow me to quote from the man who created Professor Moriarty: When you have eliminated the impossible, whatever remains, however improbable, must be the truth.
And this ain't even something that's improbable. It's simple common sense for people capable of being able to tie their own fucking shoelaces.

Staff member
Site Supporters
i don't disagree with all that. it sounds pretty much like common sense, common decency, basic reason and simple logic to me.

and... anger is a potent motivator, to say the least.

you know there's another (non-VP) forum i've been hanging out at for over ten years which i'm all but done with at this point. it basically got taken over by trumpets right after the election. naturally i spent some time giving it right back to them, but realised that headstrong deaf people don't make for good conversationalists. the main reason i'm done with that place is actually because all of the best posters are now gone and the discussions are utter shite anymore. trumpism definitely had a hand in that, but i think there were more factors involved.

for example-- civilisation is becoming more complicated, stressful and full of pitfalls by the day, and i think the classical human-animal response is to push it away, or willfully disbelieve, or arrange it in a way that makes it seem under control... stuff like that. intelligence combined with openness certainly helps mitigate that, but overall i think people's minds are in retreat, lest they get overwhelmed. the people at that webforums demonstrated that nicely, as do trump voters IMO.

i think most voters here (as elsewhere) are simply unqualified to responsibly vote, and trump isn't the first knucklehead president to back his rump in to office. more like, he represents the worsening of a trend probably heightened by decades of the GOP's war against science and reason, and the voters are pretty much just behaving like the human-animals that they are.


ANYway... as for PN, i really don't see coil smoke (keith?) or anyone else trying to do much politicizing here. i barely pay attention to the chatbox, but i guess i can understand your frustration with that at the time. but overall it seems to me that the few people still posting here are usually helpful towards others and/or sometimes post a fun little snippet of this or that. i don't really see the problem with any particular member or this site itself, particularly in light of the knock-down, drag-out drama that's historically gone on here. *phew*

maybe it's time to buy some dollar-store china and break out ye olde baseball bat.