The original Star Wars game featured artwork created by a number of different artists in collaboration with Lucasfilm. Designing a design which was acceptable to the licensor was a rather fraught process, so it’s a little surprising that Stern have sought to revisit the game using a whole new art package.

Rather than the movie-based designs of the first model, artist Randy Martinez has drawn a new look based on the popular Star Wars comic universe.

Randy is a well-respected comic book artist with thirty years’ experience, twenty of those creating designs for Lucasfilms.

The new Comic Art Star Wars games come as Pro and Premium models, each with their own distinctive cabinet and backbox design. The original Limited Edition version was restricted to 800 machines, and Stern have opted not to produce a second LE model this time.

The Pro’s cabinet concentrates more on the lightsaber battles, while the Premium focuses on the battle to destroy the Death Star. 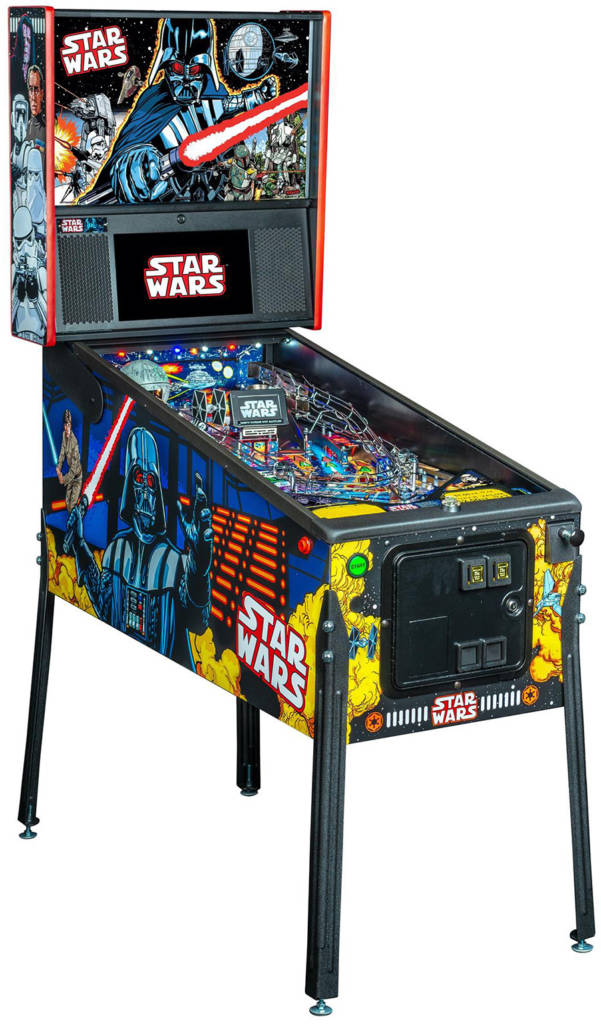 The left side of the Pro model

The front view of the Pro model 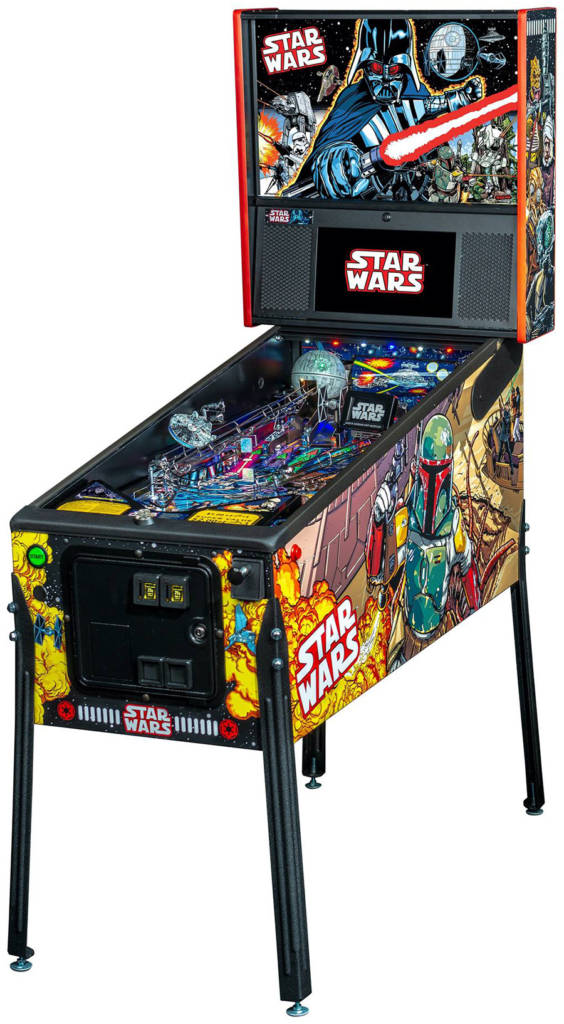 The right side of the Pro model 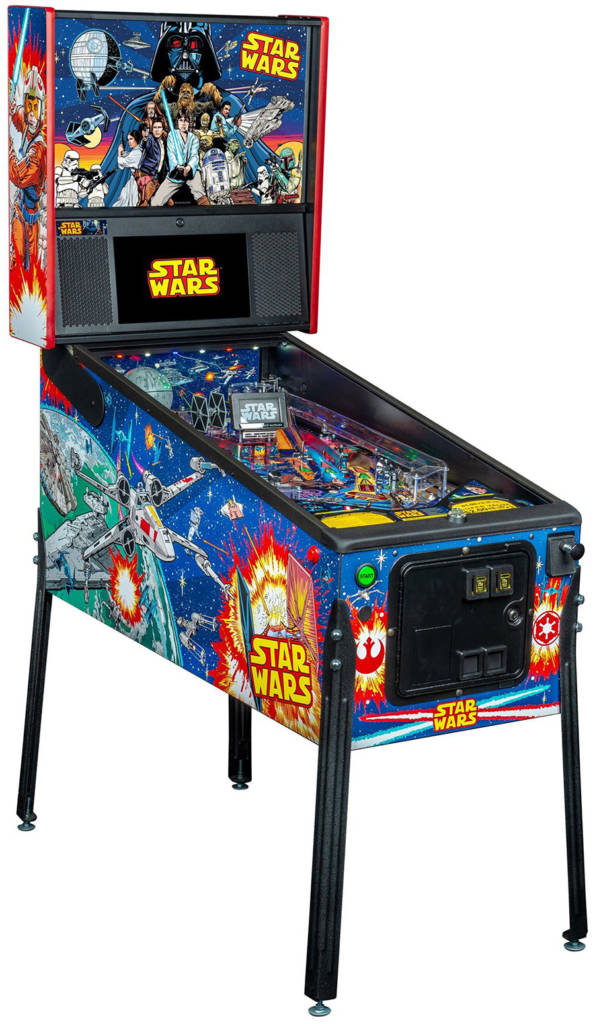 The left side of the Premium model

The front view of the Premium 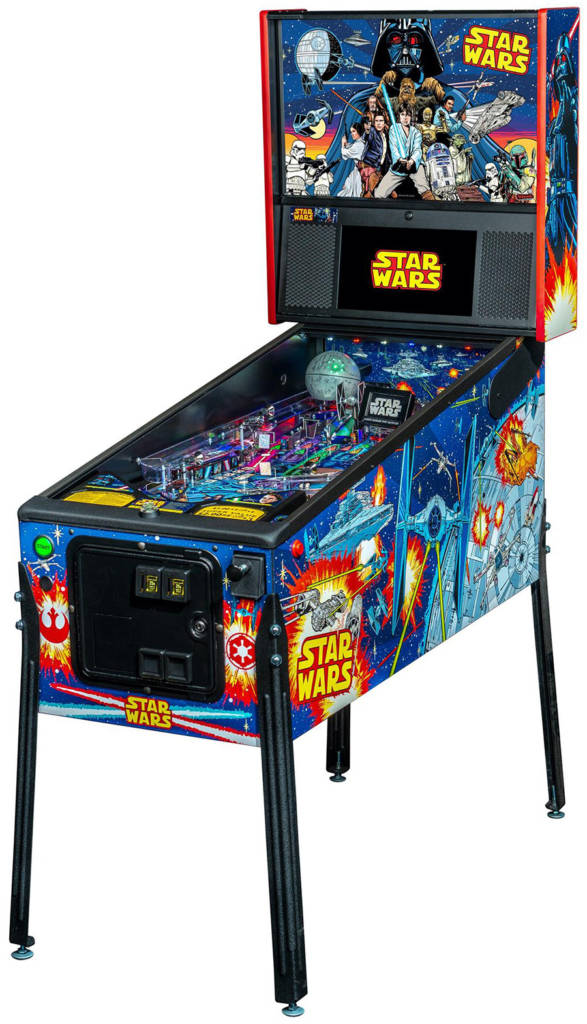 The right side of the Premium model
The playfield artwork is also new and identical on the Pro and Premium models, although the decals on the apron and back panel do differ. 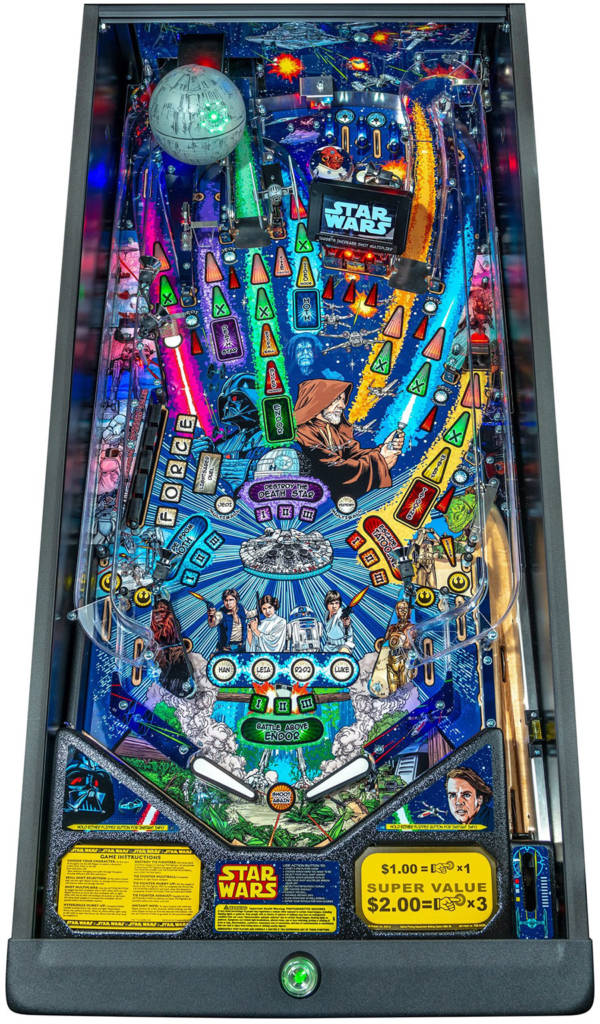 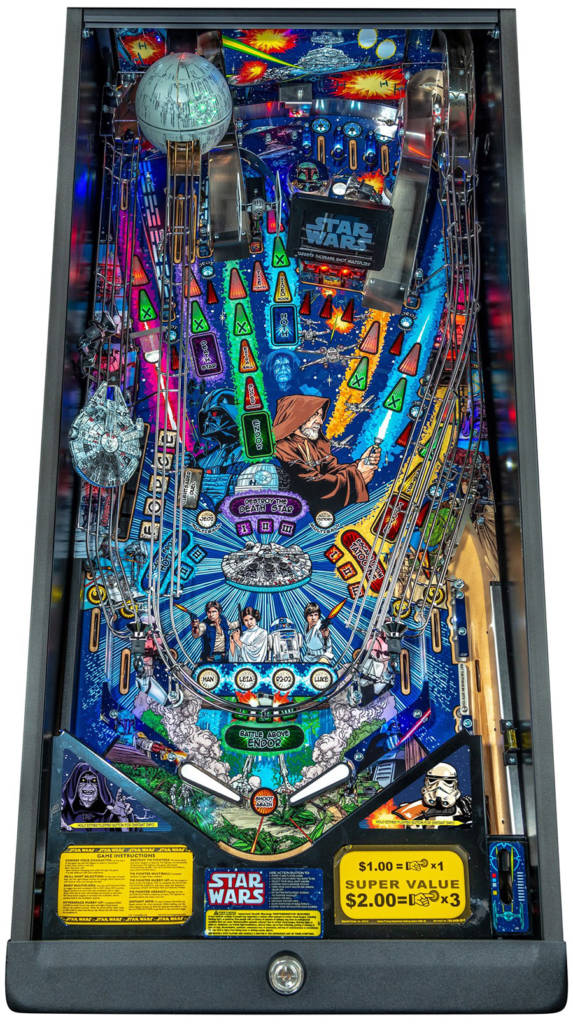 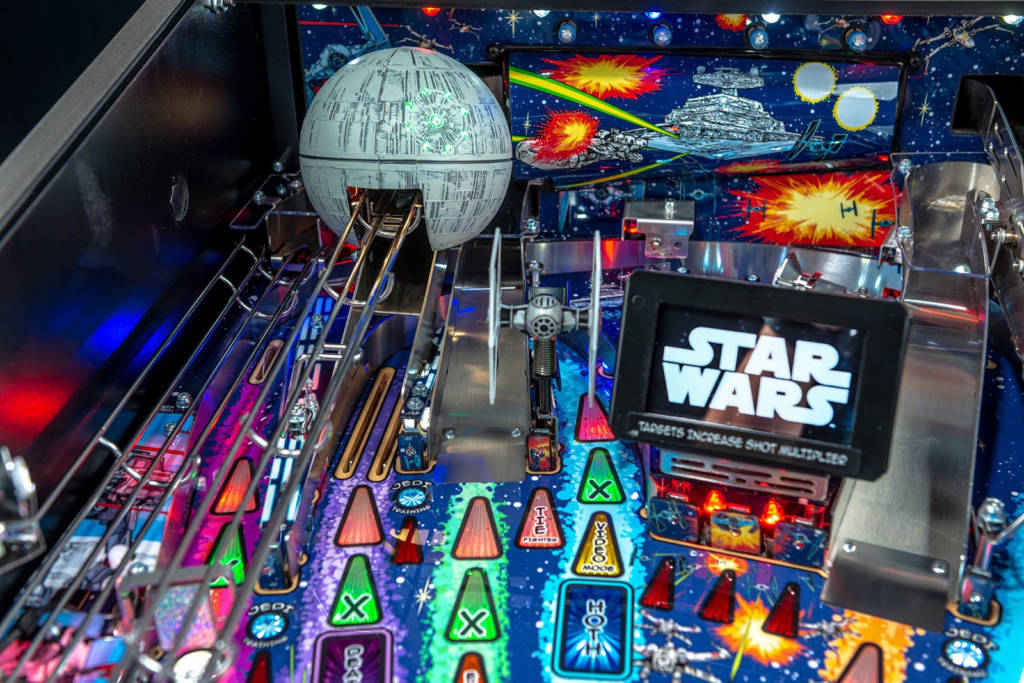 Playfield detail from the Premium model 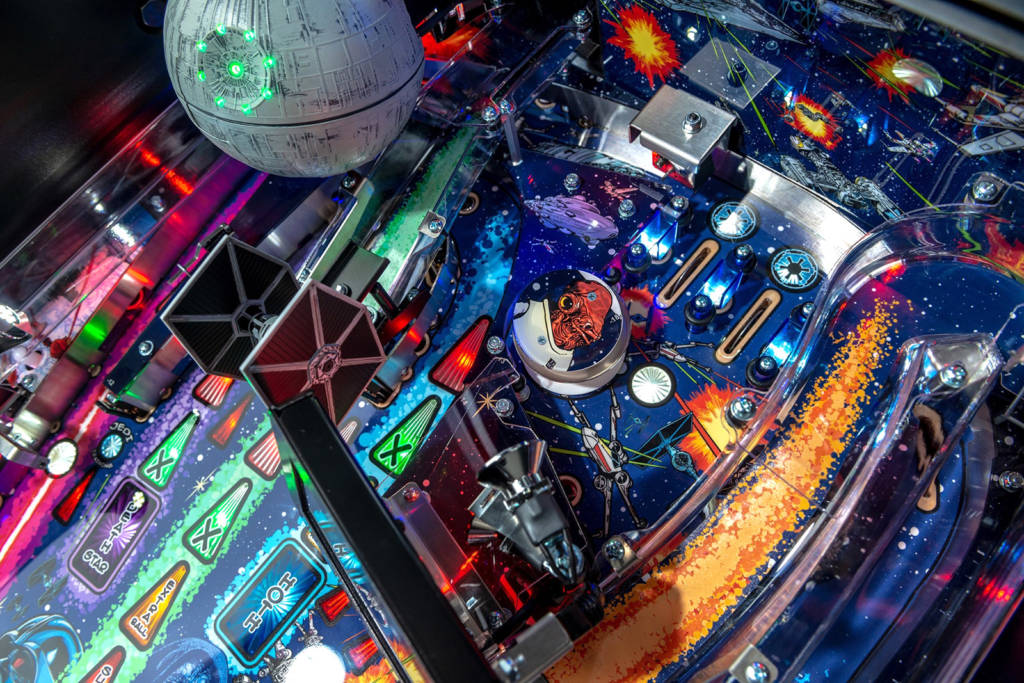 Playfield detail from the Pro model 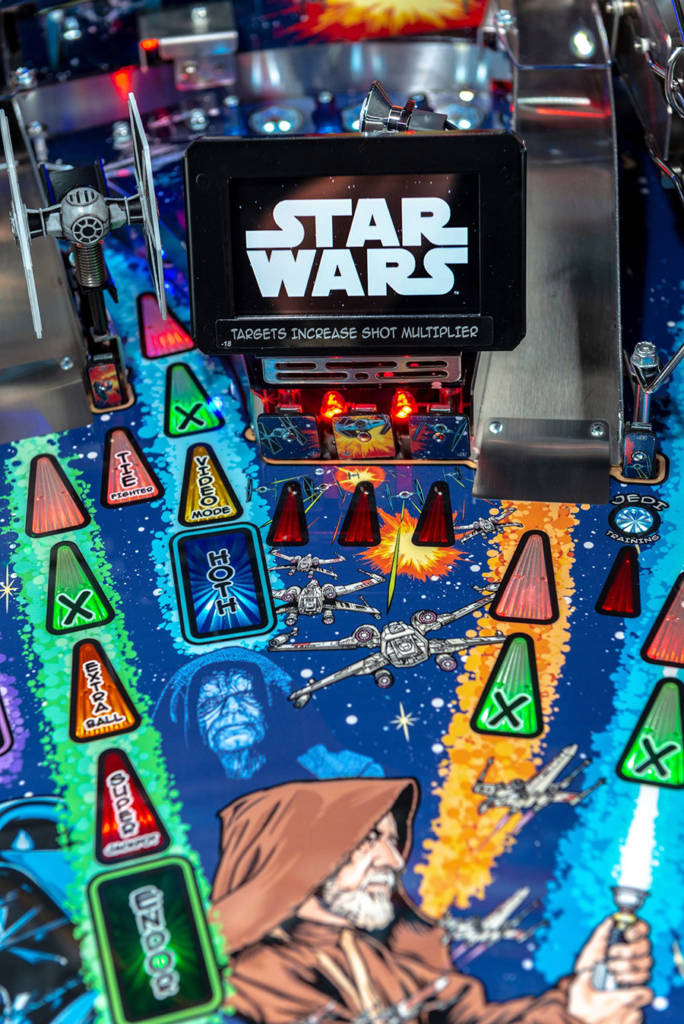 More of the new playfield artwork 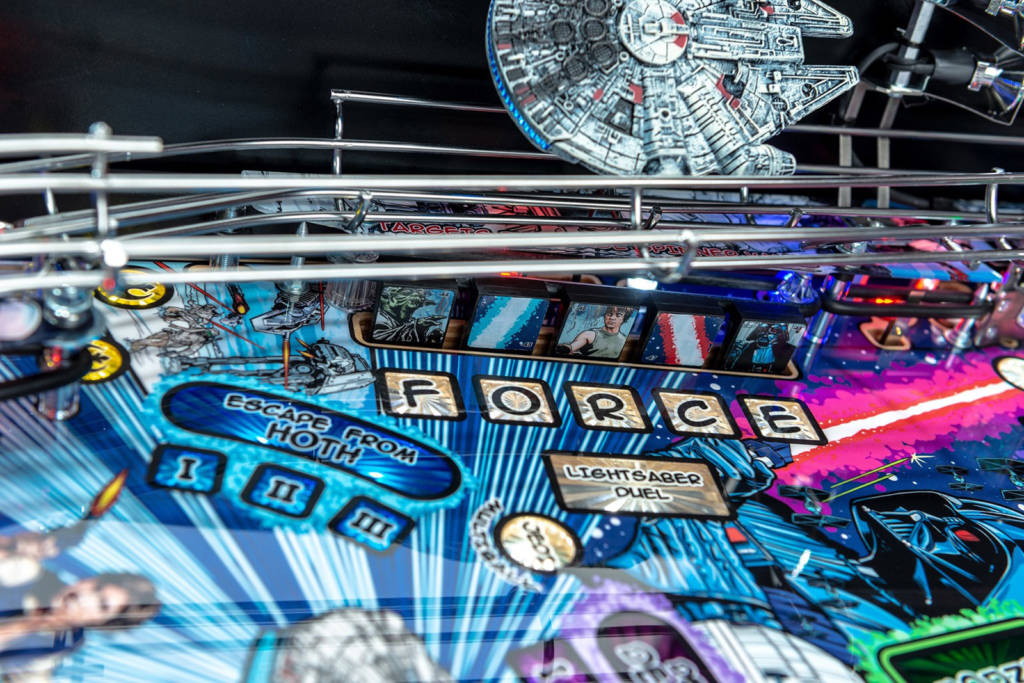 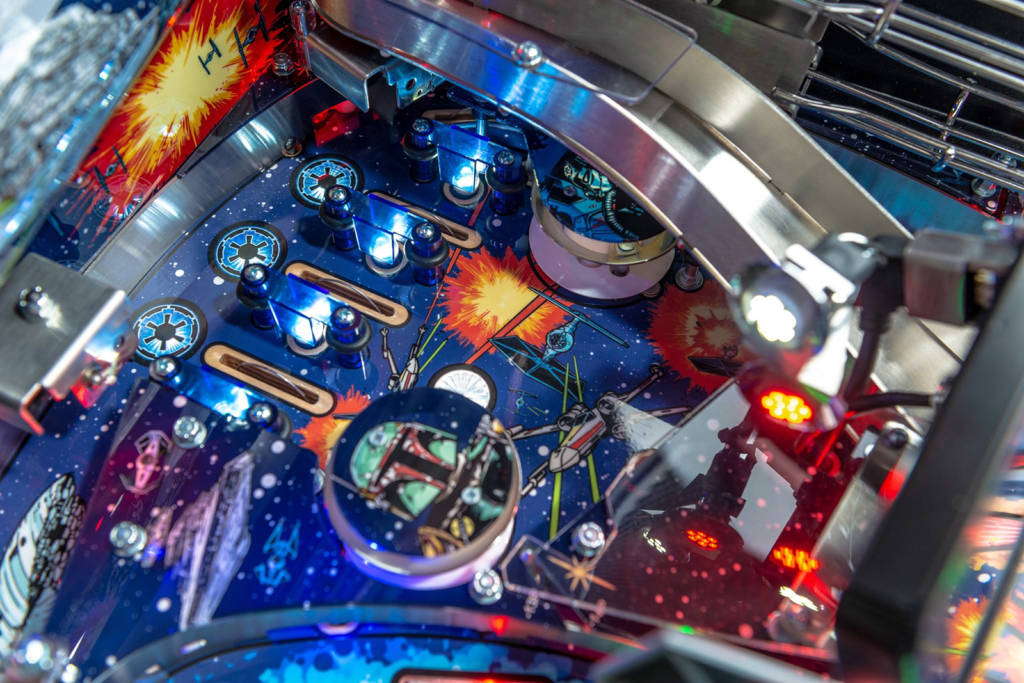 The new playfield artwork for the game’s main characters
The playfield layout is also unchanged from the earlier release. It is believed the animations and graphics on the LCD displays have also not changed, featuring clips from the first three movies rather than any animated comic storylines. 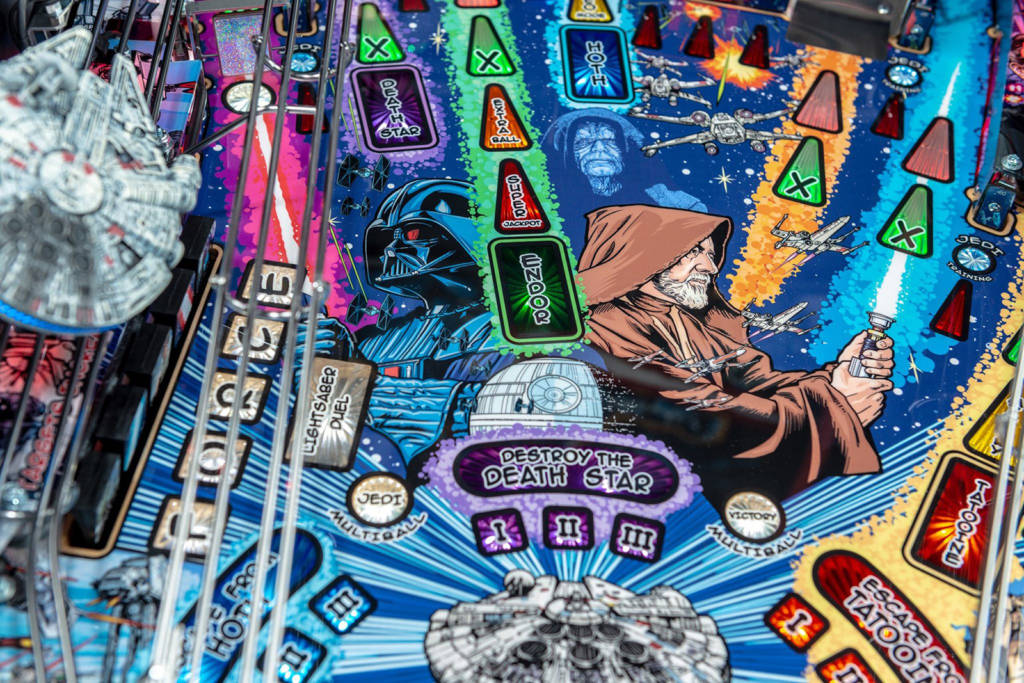 Playfield art on the Premium
The prices of the two new models are the same as the original designs at $5,999 and $7,599 for the Pro and Premium respectively.

Star Wars themed Comic Art pinball machines feature the artwork of one of todayâ€™s most popular artists, Randy Martinez. Randy has been illustrating for over 30 years receiving countless accolades of his work.

Through a broad spectrum of his skills, Randy has been creating cartoons, caricatures, illustrations, paintings, and 3D art for Lucasfilm since 1999.

â€œFans of both pinball and Star Wars will be impressed by this hand-drawn comic artwork. It is stunning and captures everything a true Star Wars fan could ever want in their pinball machine,â€ said Gary Stern, Chairman and CEO of Stern Pinball, Inc.

The Star Wars themed Comic Art Pro and Star Wars Comic Art Premium machines made by Stern are packed with features that provide an irresistible game experience. The game includes select dialogue and footage from the original Star Wars trilogy, color-changing LED-lighted inserts, and a sculpted TIE fighter. All models feature two LCD screens. The Premium model also features art representing an exploding Death Star, a sculpted LED-lit Millennium Falcon and an interactive hyperspace loop that encircles the playfield and can accommodate up to 5 pinballs at once.

Pricing and Availability:
Manufacturerâ€™s Suggested Retail Price:
MSRP for sales to USA end-users, before any VAT, GST, Sales Tax, Duties, or other taxes.
Pro Model: $US 5,999
Premium Edition Model: $US 7,599

A broad range of players enjoy Stern Pinballâ€™s games from professional pinball players who compete in high-stakes competitions around the globe to novice players who are discovering the allure of the silver ball for the first time. To join the fun and learn more, please visit www.sternpinball.com.

and related properties are trademarks and/or copyrights, in the United States and other countries, of Lucasfilm Ltd. and/or its affiliates. Â© & TM Lucasfilm Ltd.
###

All trademarks and product names are the property of their respective companies.