05-06-2019 05:45 PM
The Vastergotlands Museum in the medieval Swedish town of Skara is currently home to an exhibit called Tilt about the technological development, the cultural influences, and the Swedish history of pinball machines.

The exhibition started as a smaller art exhibit in a gallery in Gothenburg in 2018. That exhibit included about 25 backglasses and translites, some side art, a couple of playfields, and three pinball machines. That exhibition was a success and the Skara Museum approached organisers Claes Johansson and Mats Holmqvist about doing a larger exhibit that would be at the Museum for six months. They agreed that it was a good idea, and put together this much larger exhibit that opened in March of 2019 and will run through to September 8th, 2019. 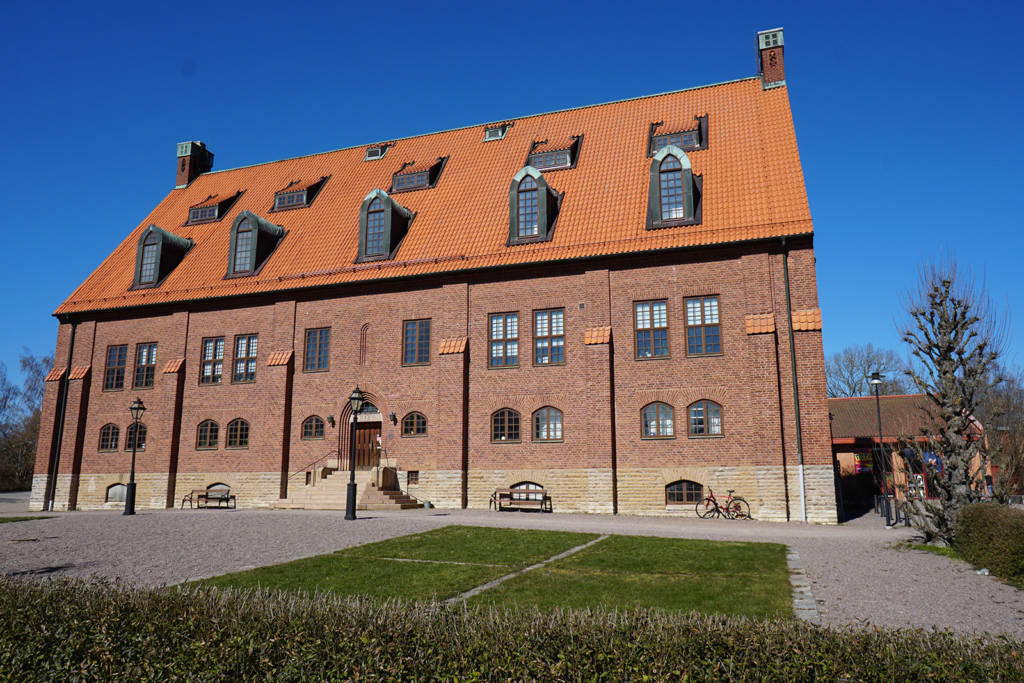 The exhibit is held in the back of this imposing building in the center of SkaraThe exhibit is held in a large room at the Museum with six playable pinball machines, a few dozen backglasses and translites, side art, playfields, enlargements of newspaper clippings about pinball, and various other related items. 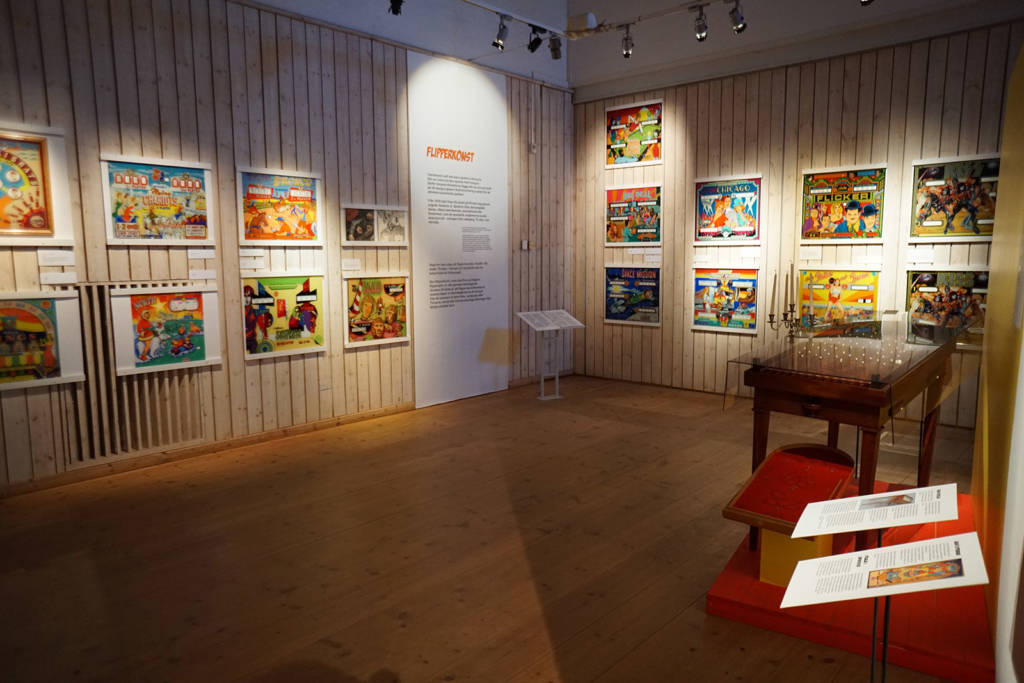 20+ backglasses and translites were on display throughout the exhibitThe exhibit is quite informative about a wide range of aspects of pinball, and covers the basics of, for example, the advancements in score technology from light-up scoring through reels to DMDs and modern LCD screens. 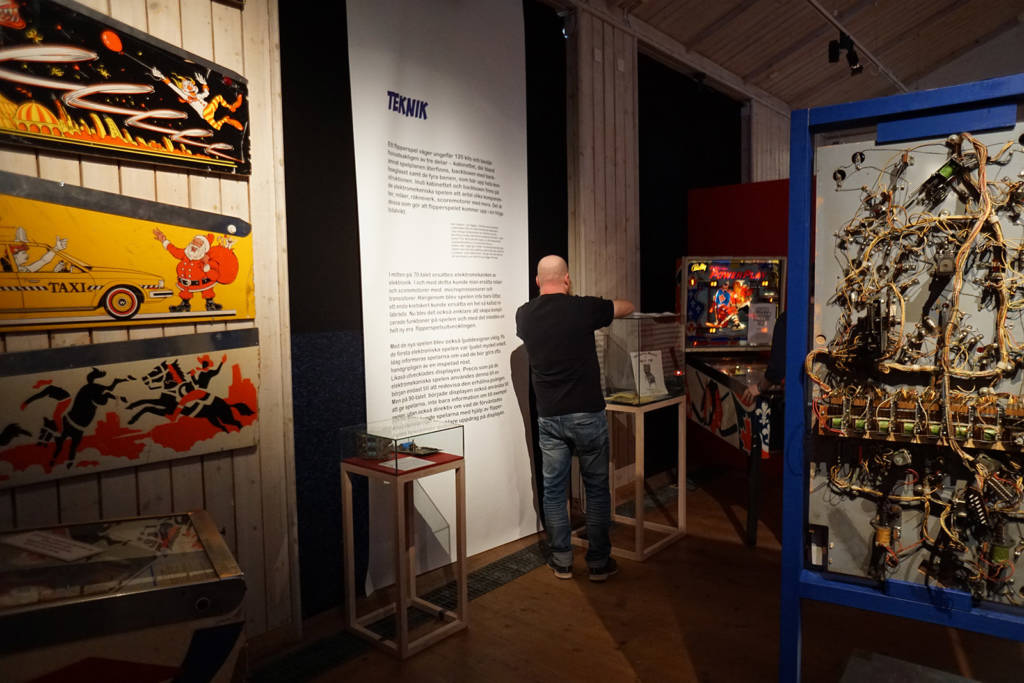 Side art, playfields and many other aspects of pinball were explained and displayed 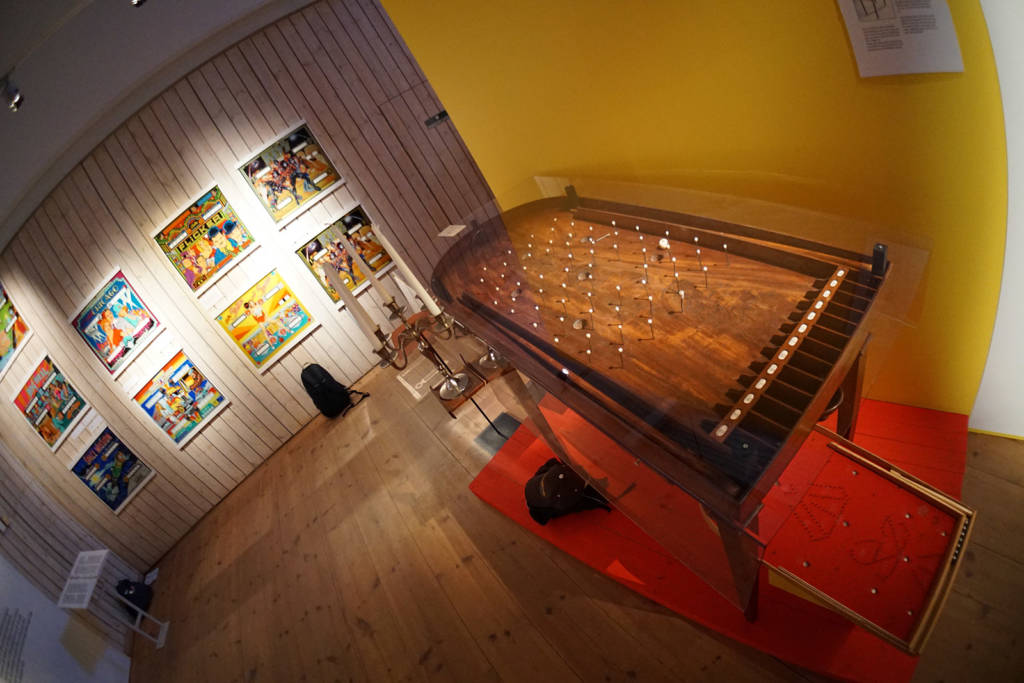 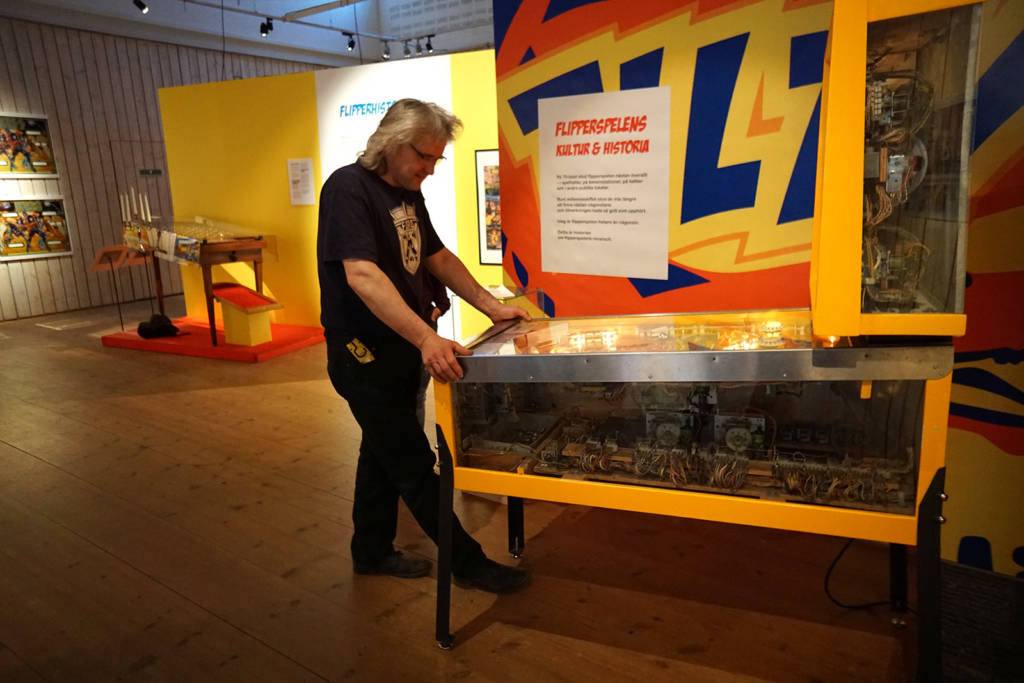 Organiser Claes Johansson plays a credit on the plexiglassed Air Aces with a coinbox filled with old, period-appropriate, Swedish coins. – an example of the attention to detail that runs throughout the exhibitFor me, some of the most interesting artifacts were the old Swedish newspaper clippings from the late 1970s and early ’80s about the horrors of pinball machines in general and arcades in particular. The same groups who were campaigning against pinball machines would later move on to campaigning to protect children from heavy-metal music, violent movies, and so forth. Even though they forgot about pinball when its popularity waned in the mid-’80s, some of the laws that they inspired are still on the books in Sweden. 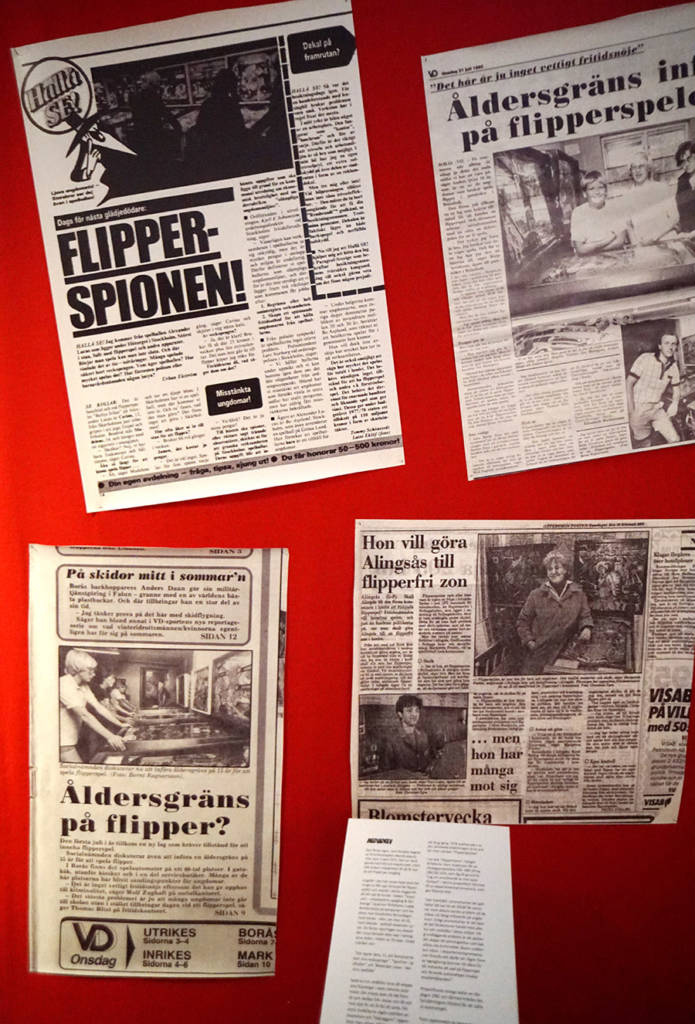 Newspaper clippings from the 1970s and ’80sHowever, I didnâ€™t travel an hour and a half to just look at the exhibits, as interesting as they are, I came here to play in the Skara Museum Pinball Cup. It was organised as part of the exhibit and the organisers had put an additional three machines in a separate room at the Museum. 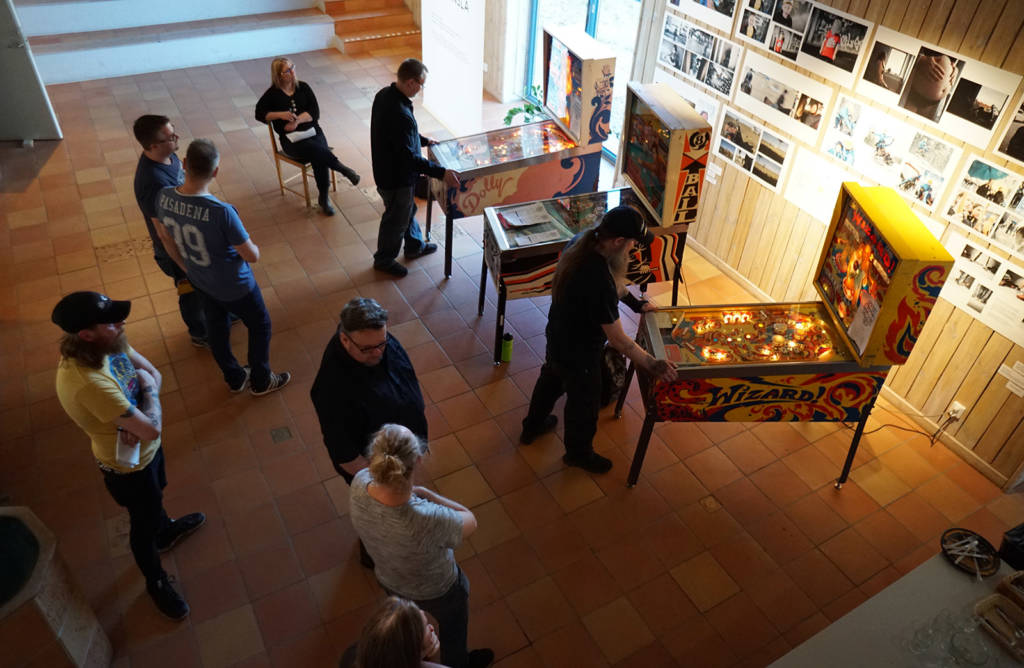 Qualifying on the three machines that were added for the tournamentEntry to the Museum is free (and the machines are on free play), while the tournament cost 100kr ($10.40/â‚¬9.50) which included a delicious Thai curry for lunch, so it was one of the more cost-effective tournaments in which I have ever participated.

Forty-six players from all over Sweden participated. The format was set up as a PinMasters-style golf course across eight machines from 1975 to 1980, where players could earn between one and seven strokes per machine.

The following machines were used in the tournament:

plus Eight Ball and Jack in the Box as spares. 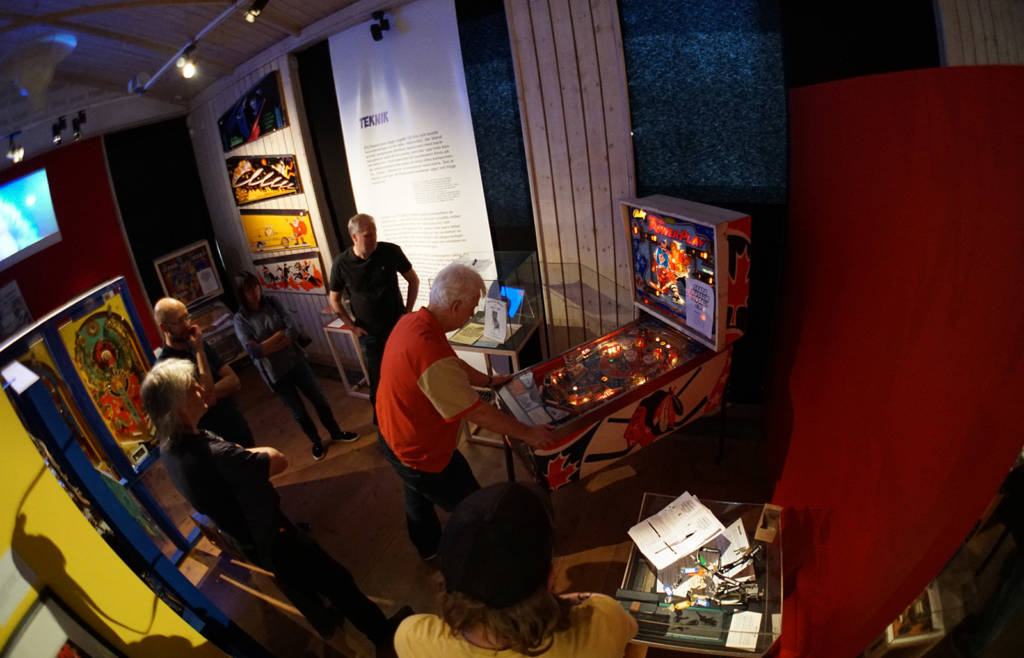 Organiser Mats Holmqvist qualifies on Bobby Orr Power PlayEach player played two credits on each machine with both counting toward the total golf score. The top qualifier completed the course with 61 strokes (16 was the minimum possible and 112 the maximum). 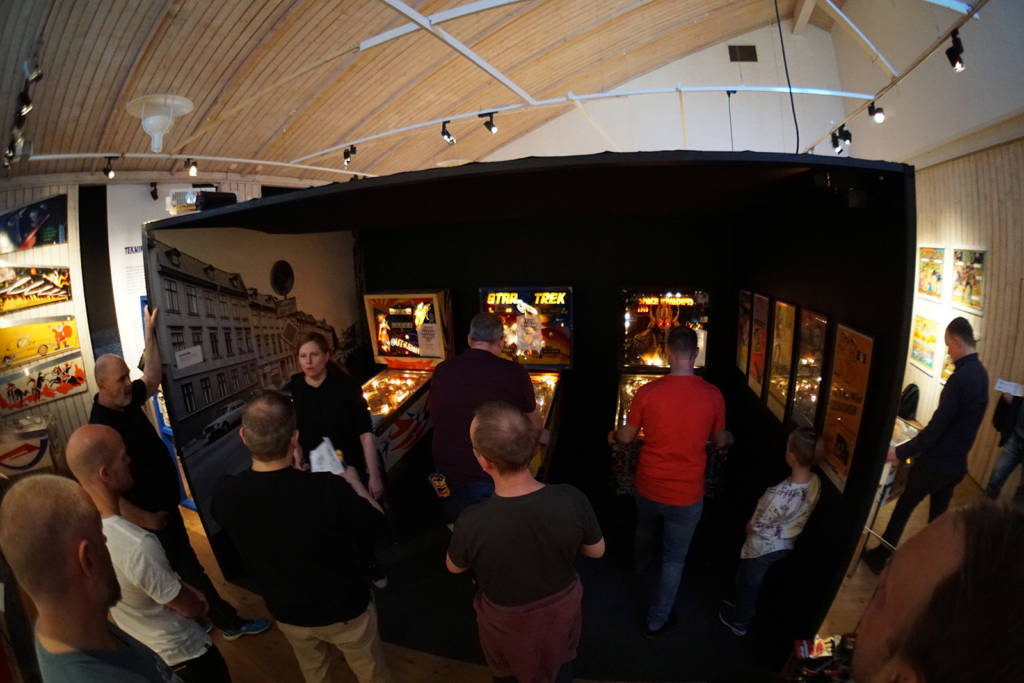 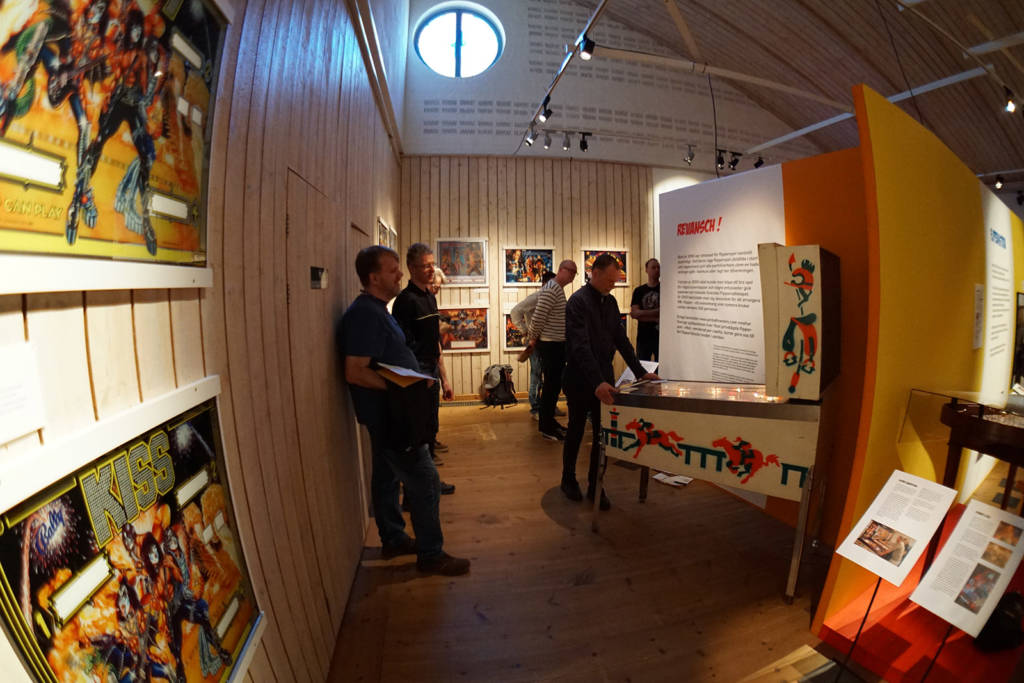 More qualifying on Hot TipAll of the games were set to three balls except for Out of Sight at five balls, but with the same 7 strokes scoring. It was a tough course and the cut for the top-16 play-offs came in at 81 strokes.

The top 16 played head-to-head, best-of-three matches until the final, which was played best-of-five. 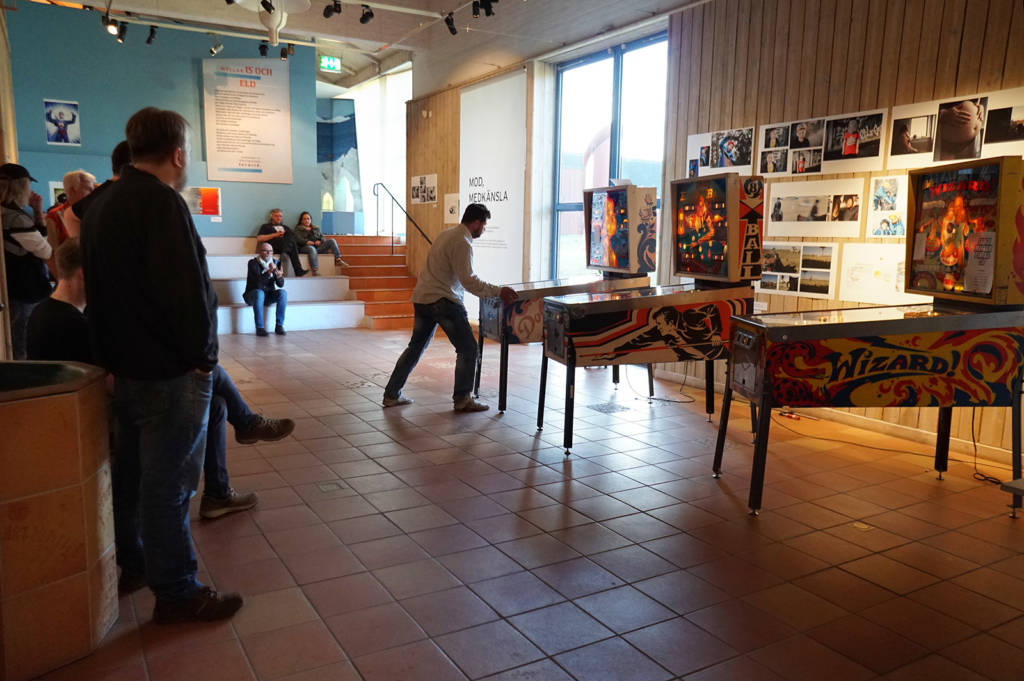 Mikael Juusola plays one of the games from the final matchThe final four were as follows: 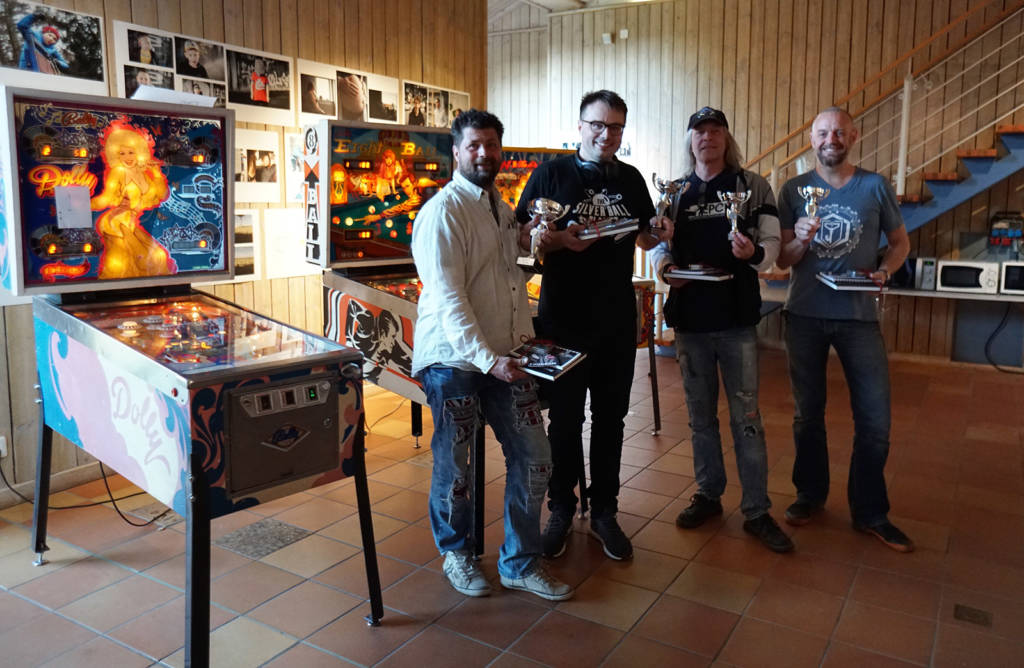 The top four from left to right: Mikael Juusola, David Dahl-Hansson, Michael LindstrÃ¶m & Andreas StenbergIt was a fun tournament and I ended up in second place.

The full IFPA results can be found here.


It was great to play in such a unique environment and I encourage anyone who is in the vicinity of Skara to pay the Museum a visit before the end of the exhibitâ€™s run in September. Entry is free and all of the machines are playable and on free play. 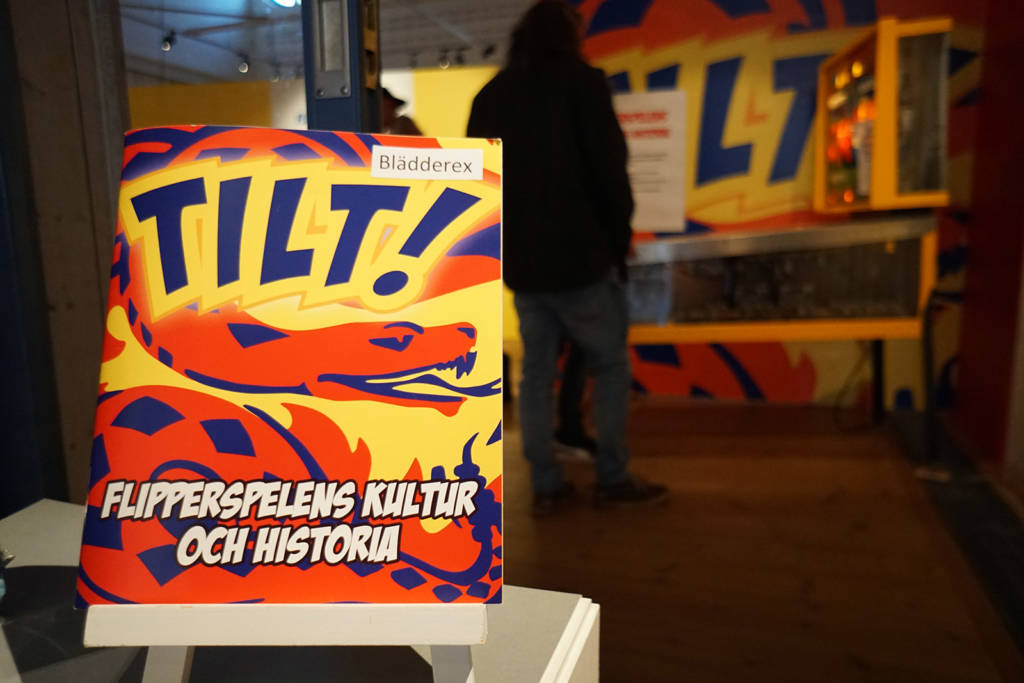 An informative program is available to purchaseThis is such a great way to introduce a new audience to the cultural significance, art history, and plain fun of pinball. I applaud the organisers and hope this exhibit gets to live on at a new museum after September.