06-05-2019 06:15 PM
Over the weekend of May 10th-12th, the Tilt barcade in central Oslo welcomed pinball players from all over Scandinavia for their second-annual Tilt Pinball Open. It was a packed weekend of pinball with four full-fat, 100% TGP tournaments!

Tilt is located right in the centre of Oslo, off one of the main squares with hundreds of restaurants, stores and hotels within just a couple of minutesâ€™ walk. It is also located within a ten-minute walk of the central train and bus stations. 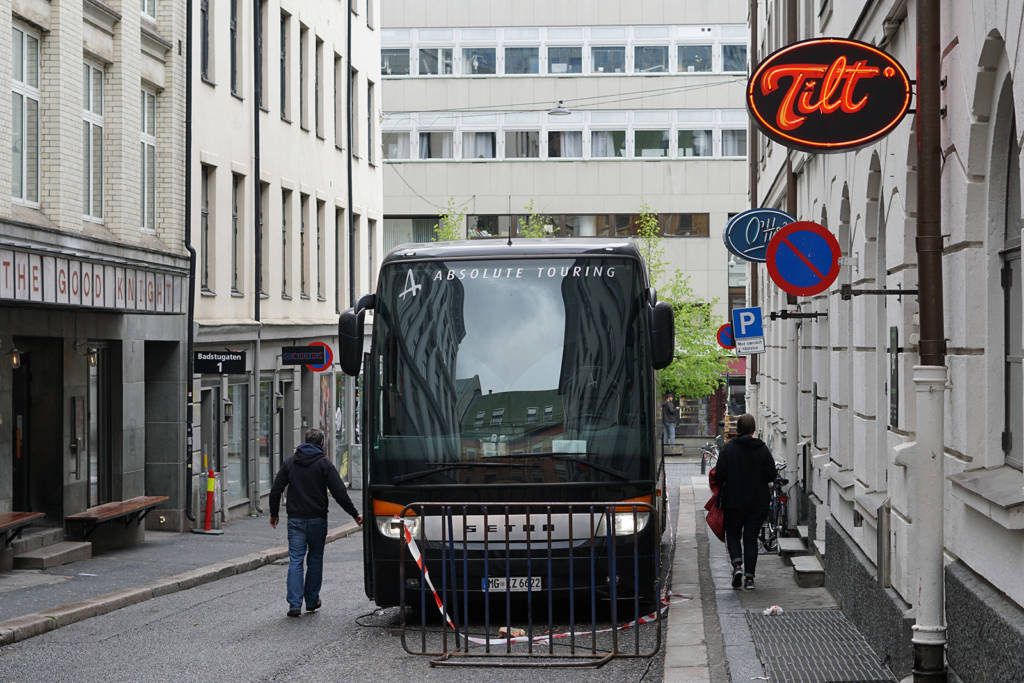 Tilt in the centre of Oslo The location sports three bars across two-and-a-half floors. In addition to thirty-plus pinball machines, there were also dozens of classic and modern arcade machines, pool, bubble hockey and several shuffleboards. 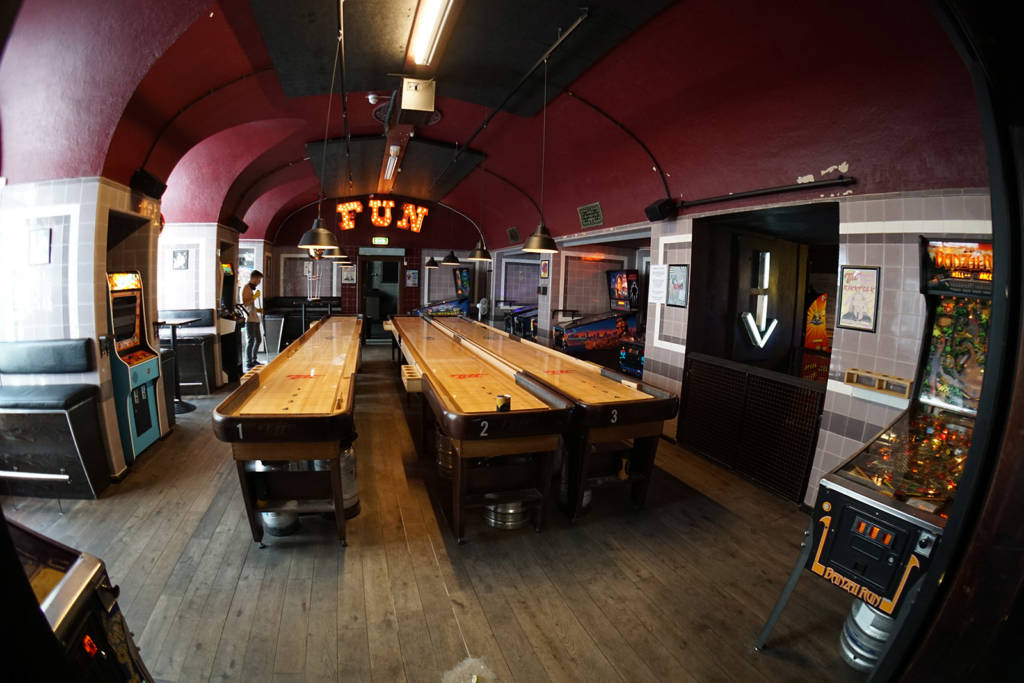 The calm before the storm Normally, the location hosts about fifteen pinball machines, but additional machines were brought in for the tournament. The machines are drawn from a collection of hundreds of machines and what a collection it is! All of the recent Sterns and JJP machines were accounted for, with Willy Wonka and a Black Knight: Sword of Rage LE arriving shortly.

Here are the thirty-two pinballs at Tilt for the tournament weekend: 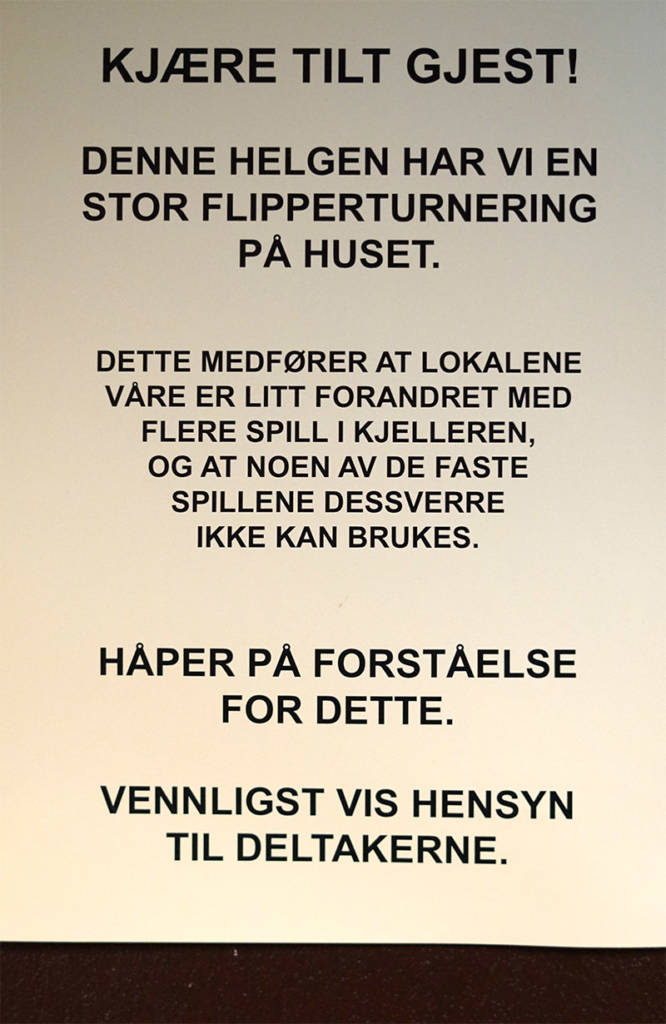 Signs posted around the venue for ‘normal’ bar patrons to explain why so many of the machines were taken up by the tournament Friday evening saw a progressive-strikes tournament with 63 players in attendance.

Players were seeded into four-player groups and went off and played a machine. The winner received zero strikes while second received one, third received two and fourth received three. This continued for seven rounds until eight players remained.

These eight were put into two four-player groups and played three machines, with the top two going on to the four-player final.

The top four were as follows:

This was a fun warm-up tournament and it was a great chance to see how popular Tilt actually is, with ‘normal’ people playing arcade games, shuffleboard and pinball alongside the tournament players.

Saturday saw players seeded into two groups. The first group qualified for the side tournament from noon to 4pm while the other group did its main qualifying. Then, the roles were reversed from 4pm to 8pm. 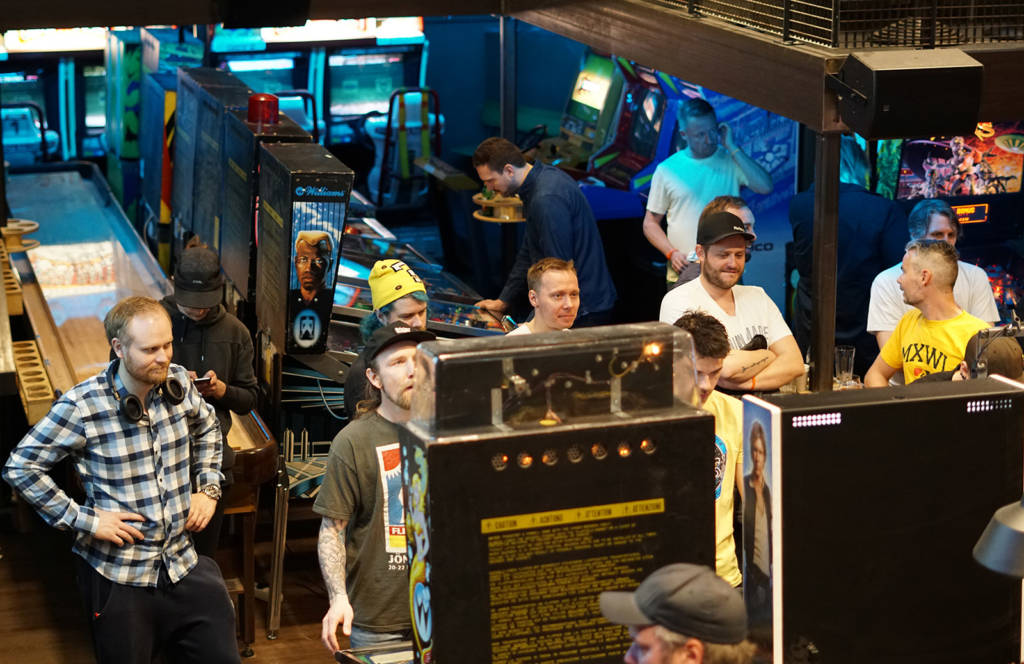 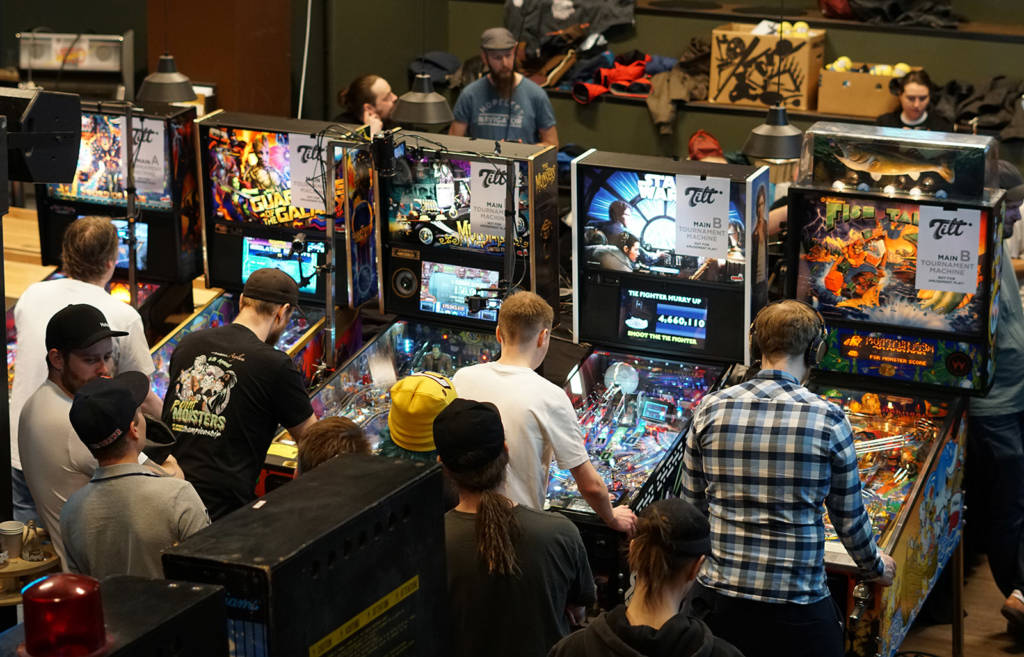 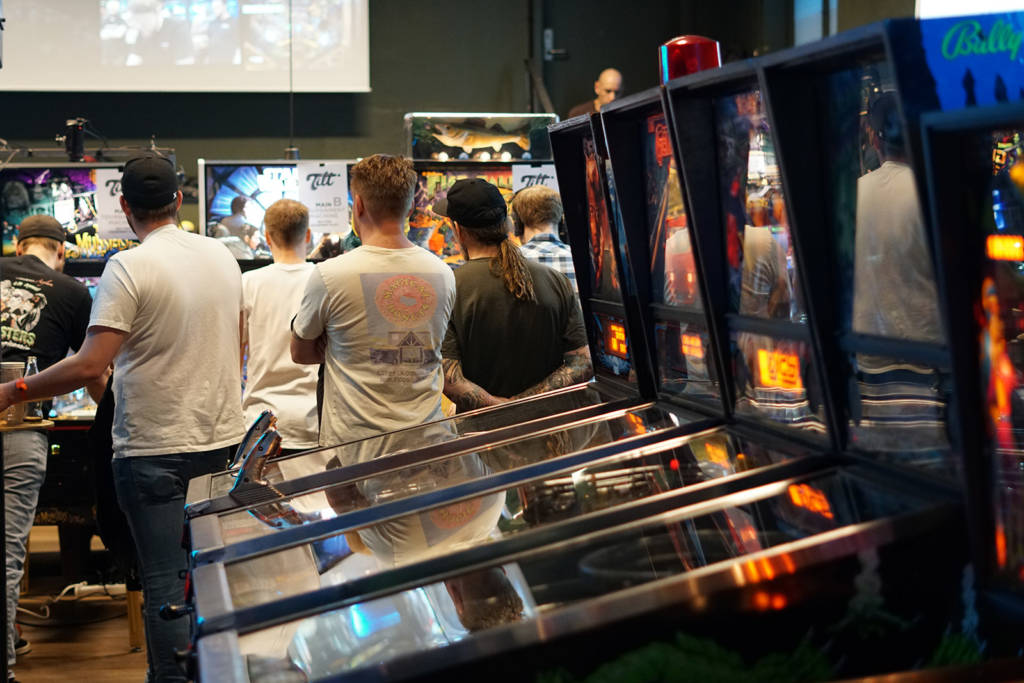 Qualifying The side tournament consisted of seeded four-player groups. Each group went off and played two machines with 7-5-3-1 scoring. After that, groups were re-seeded for another two machines. 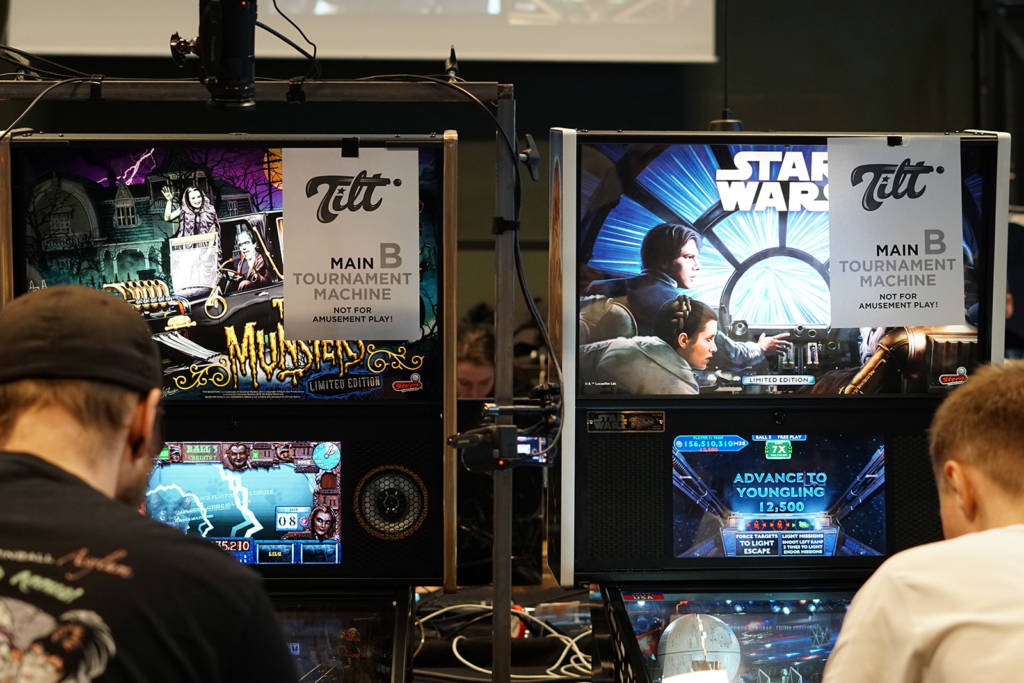 Qualifying on two of the many Limited Edition machines This went on for four rounds. Then, at 9pm, the top twelve from each group went into six, four-player groups that played three machines and the top two in each group moved on to the next round. This continued for two rounds, after which six players remained.

Unusually, these six then went off in two three-player groups on three machines where the top two in each group went through to the four-player final.

The final four ended up as follows:


The full results are here:
https://www.ifpapinball.com/tournaments/view.php?t=30899#

The main event started qualifying on Friday evening, even though most players were busy with the pre-tournament. Qualifying then continued through Saturday until closing (3am!). Each player was seeded into one of two groups. 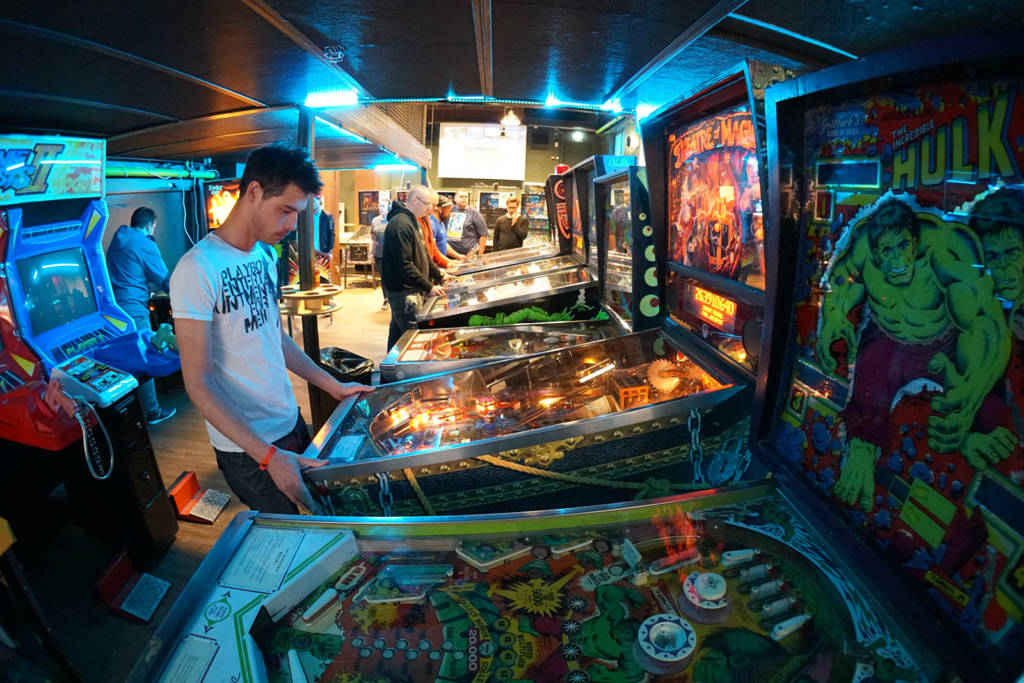 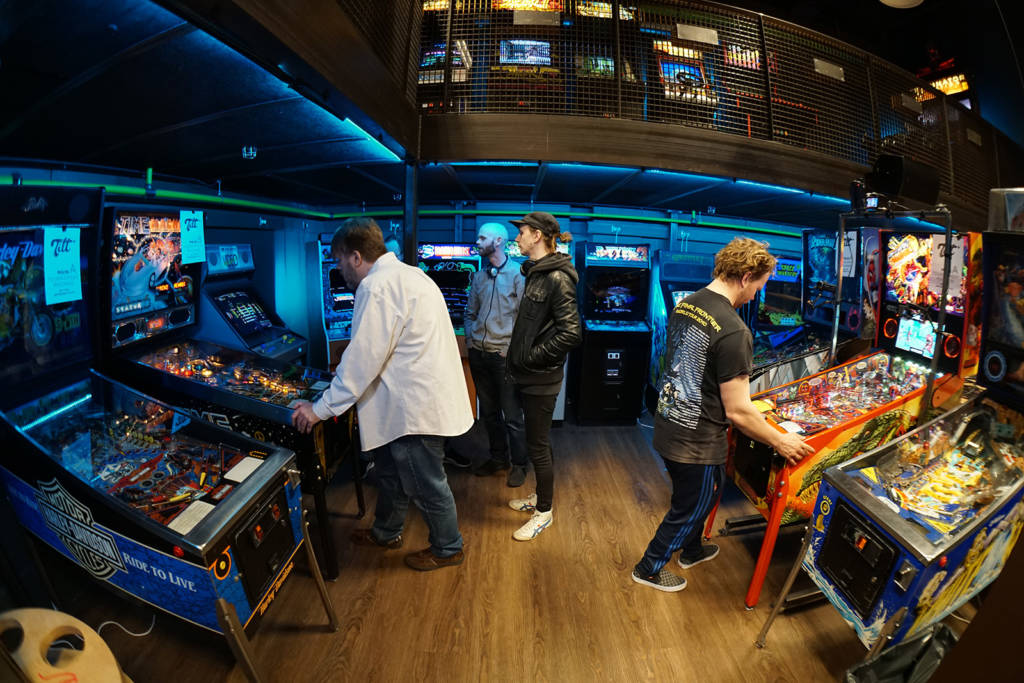 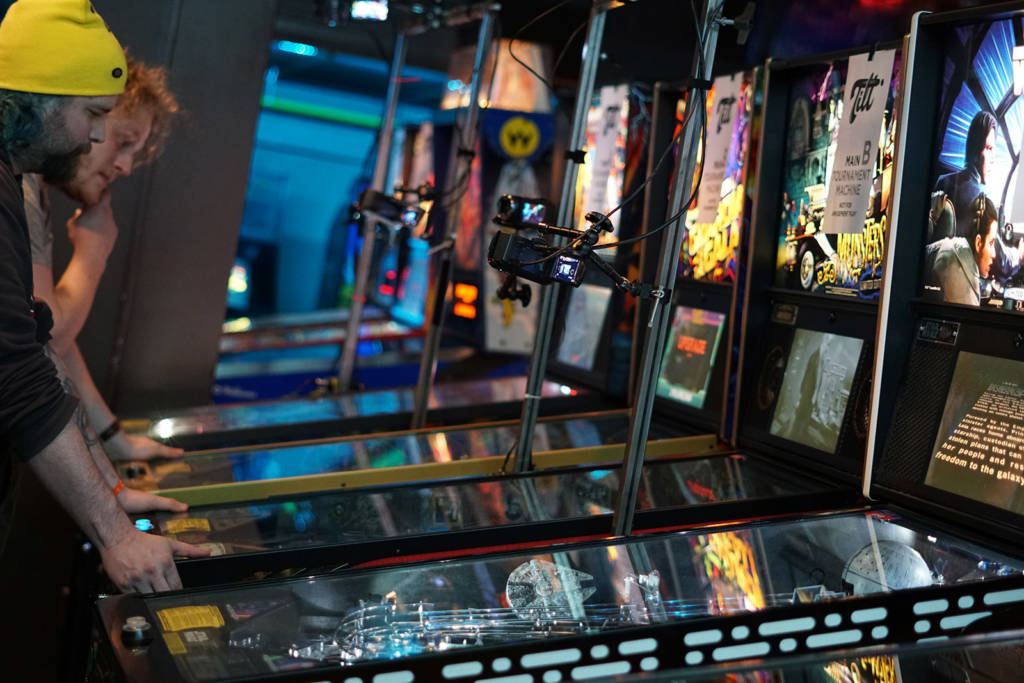 More qualifying Each player got two attempts on each machine with both scores counting. The top 12 in each group went through, with 1st-4th earning a bye for the first round on Sunday morning.

Sunday morning at 9:30am saw the first round for 9th-24th place overall.

Again, it was four-player groups, but now on four machines per round where the top two went through to the next round. This continued until only four players remained for the four-game final.

Until this point the games were assigned, but for the final each player got to choose one machine. They played Guardians of the Galaxy LE, White Water, The Munsters LE and Black Knight: Sword of Rage Pro. Even though Jimmie Johansson had a huge 800 million point comeback on White Water to win the game, he ended up in fourth place while the other three players tied for first. So, a tie breaker was played on the Black Knight Pro with the final four ending up as follows: 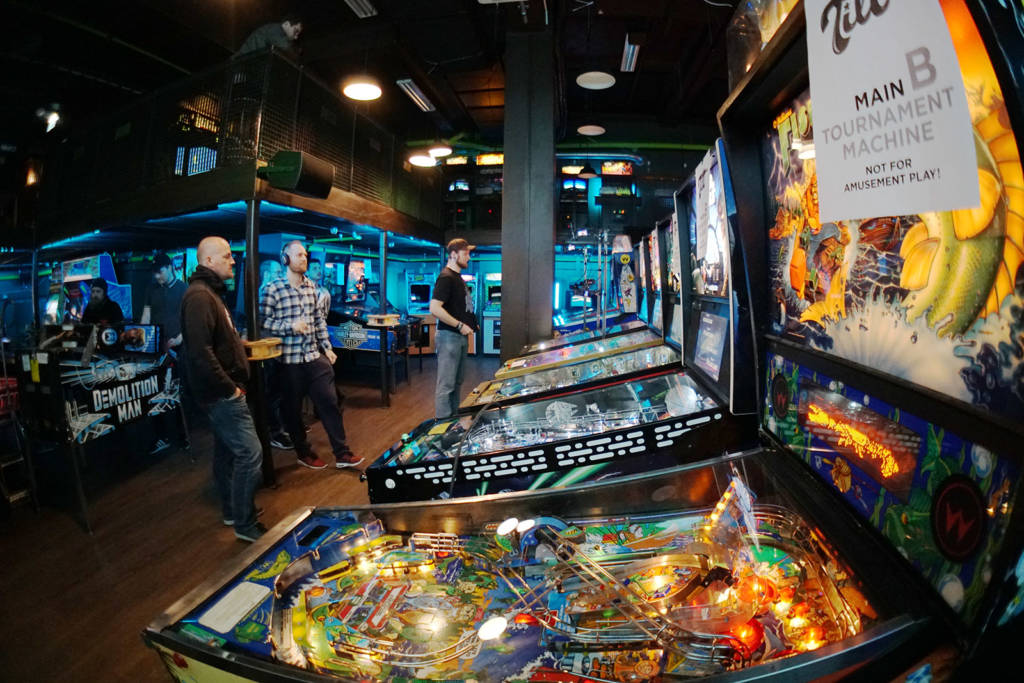 The final four in the main tournament playing Black Knight Pro in the final The full results can be found here:
https://www.ifpapinball.com/tournaments/view.php?t=30900#

The entire weekend was streamed live on Twitch using three camera rigs, with the semi-final and the final in particular offering some riveting pinball, with a â€œwas-it-or-wasnâ€™t-it?â€ death save and some monster scores. 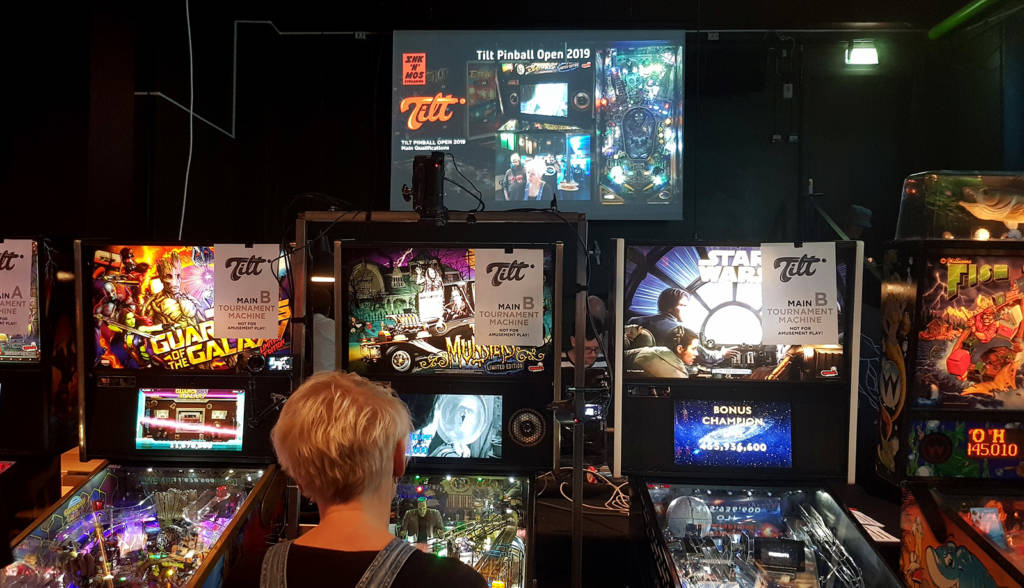 The stream was up on a big projector screen all weekend 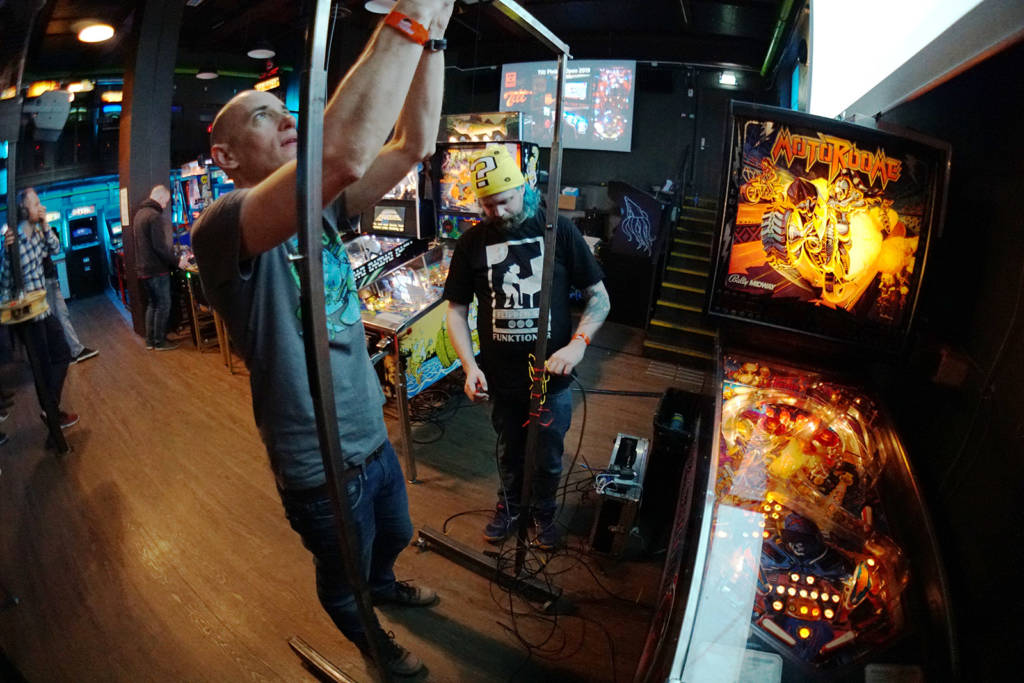 The streaming crew disassembling one of the three camera rigs Here is the Twitch link:
www.twitch.tv/inkandmos

And the YouTube link to the channel where the edited archive will be:
https://www.youtube.com/channel/UCH-ldAqhEdfm1BpCLO1_nDg/featured 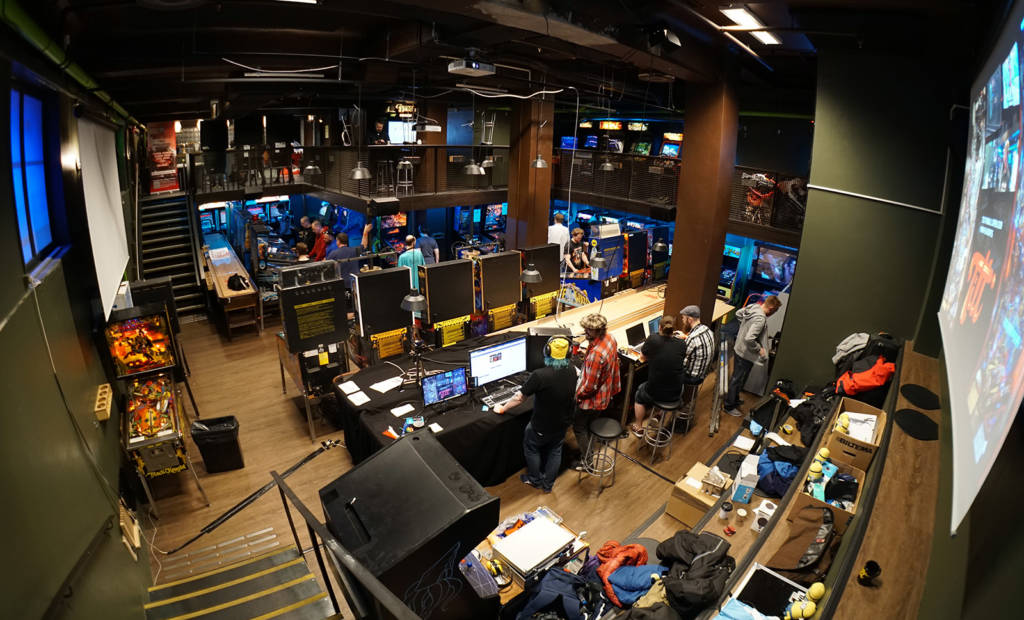 The bottom floor with the streaming setup and the TD desk in the foreground The consolation tournament was played at 11am on Sunday and was open to anyone not through to the second round in main on Sunday (this round also started at 11am).

The winner in each tournament received a certificate for a free hotel weekend for two in Oslo and tournament entry for next yearâ€™s Tilt Pinball Open tournament. This is a great way to ensure that the top players return next year. Each person who made the top four in any of the tournaments will also get his/her name on a ‘Ball of Fame’ wall at the venue.

Oslo is a lovely, clean place to visit and I would particularly recommend the opera house roof, the resistance museum, the film museum, the spectacular Holmenkollen ski jump and many other sights, alongside a visit to Tilt, of course. 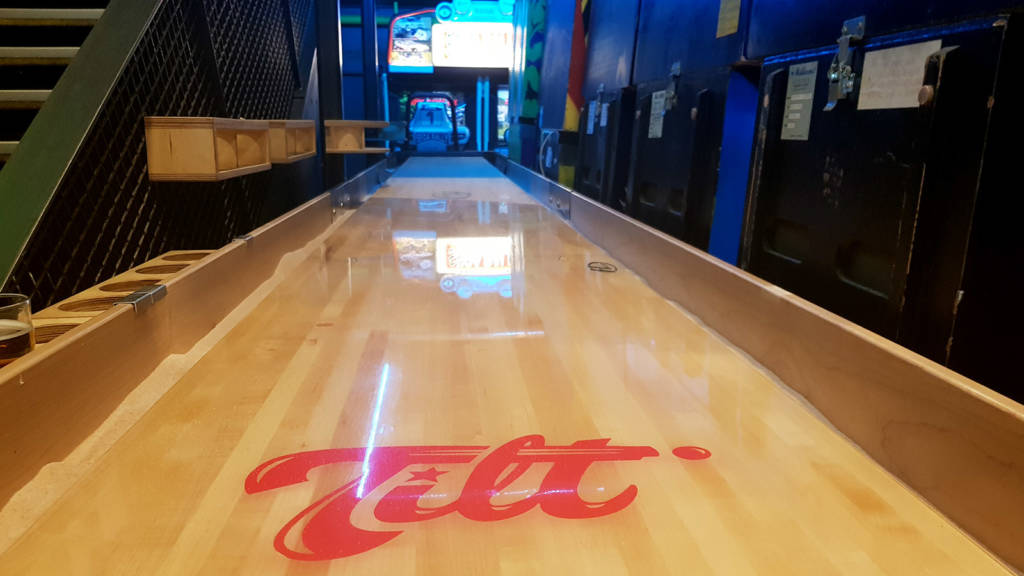 The Tilt logo I look forward to next yearâ€™s event!