Even if you don't have to move your head too much in pinball, there's a lot of stutter below 60FPS. Even at 60FPS you can notice it's not a very fluid movement of the ball. Pinball was what made me let go above 60Hz monitors.

Spitfire said:
Most of your video is showing 26fps which is unplayable and will make you feel sick after a few seconds with the ball jumping around and blurry. 56fps with ssw enabled will be better. I will try enabling ssw and see what happens.
Click to expand...

Ya that video is old , I must have it set with SSW enabled , as I have no issues with ball jumping and it is completely playable . Perhaps some minor blurriness. I am pretty acclimatized to VR and don't tend to get dizzy unless it is a VR Roller Coaster. There is zero stutter...What I mean is that the table and room do not jutter like they did prior to the bug fix. The ball rolling perhaps can be very slightly blurry at times...but I am totally used to it.

But just to clarify , are you using Virtual desktop ?

On a side note for Quest 2 Golf plus now has Pinehurst 2 and is releasing Pebble Beach in Dec .
The other cool thing I have dabbled in is I uploaded the Doom3 mod onto my headset and it is very cool in VR and was < 10 bucks from Steam.
I remember playing this years ago but it so much more immersive in VR.

So.... after a long while I decided to give VR a bit of testing with all the updated PinEvent V2, FizX tables.

My experience is as follows:

For Quest 2 users: using Virtual Desktop Wireless is the ONLY method I will recommend now. Link is just NOT working "correctly" to give a "smooth / proper" VR experience. (with or without OC).

We need some clarification on what is considered "good" and "proper" and "smooth" VR with FP.

With the "correct" setup (using VD wireless)... simply put... if your PC can't run a specific table "at or above" the "minimum" fps to match the Hz you are running in "without" using any kind of SSW (screen space warp)... then you are NOT running a "good / smooth" VR experience.

When running the performance overlay, If you are running a table in Virtual Desktop Wireless with SSW disabled (this mean raw fps), and you are not at 60 fps for 60Hz, 80 fps for 80Hz, etc.... then you are NOT running at a proper / smooth VR experience.

It doesn't matter if your head movement and the table movement is smooth. This means that the ball movement (and other moving items) are NOT running at the minimum fps you need to match the Hz you are running in! A blurry ball is NOT a proper / smooth VR experience (that anyone trying anything else in VR expects).

SSW does NOT work well / correctly with FP! It is NOT giving you a smooth fps boost in VR with FP. The higher fps shown in Performance Overlay with SSW on is BS.

When people are trying FP in VR... its important that they know what they are in for. For Quest users... VD wireless is the only solution that (currently) does things right. When you see how FP "should" look in VR with "proper / smooth" head AND ball movement.... its a night and day difference, and looks amazing. Players with other (non Oculus) headsets probably don't have the same issues.

If your PC isn't fast enough to keep the FPS high enough (without SSW), then the table is not running 100% correctly in VR.


Results (on the VD Wireless Performance Overlay at 60Hz)


Anyone with a Quest 2 (and a 5 GHz router with a good connection) should buy VD wireless. Its a great app, and is MUCH better for playing PC VR games wireless than Air Link and is better than Link in my opinion.


For Quest 2 users, don't even bother with Link on FP. It just does not work "right". VD Wireless is the only solution that makes FP smooth in VR the way everyone expects (compared to all other VR apps).... as long as your PC is fast enough!
Last edited: Jan 13, 2023

I don't know VD And I don't have a quest but my experience is use overlays only to check stuff and then disable them. In the past I had problems with overlays.
Been a while since I used VR and thing evolved quite a bit by now.... I hope :)
Still, who wants a bunch of stuff not related to a game being displayed anyway :)

AnonTet said:
I don't know VD And I don't have a quest but my experience is use overlays only to check stuff and then disable them. In the past I had problems with overlays.
Been a while since I used VR and thing evolved quite a bit by now.... I hope :)
Still, who wants a bunch of stuff not related to a game being displayed anyway :)
Click to expand...

AnonTet said:
I don't know VD And I don't have a quest but my experience is use overlays only to check stuff and then disable them. In the past I had problems with overlays.
Been a while since I used VR and thing evolved quite a bit by now.... I hope :)
Still, who wants a bunch of stuff not related to a game being displayed anyway :)
Click to expand...

This overlay is built in as part of VD using the renderer layer. Oculus has its own as well. They aren't like older Overlclocking apps with their overlays, that would force themselves into a fullscreen window and could cause some issues with fps or the app being in focus, etc.

I think the reason why VD wireless seems to work the best with FP.... is that it is somehow properly able to completely disable Oculus SSW if your system is fast enough... whereas with other methods, there is either a sync issue, or SSW gets enabled no matter what, which results in the ball movement not being a proper 60 fps or greater, and not being smooth and in sync with the rest of the game's movement.

I also did some testing of VPVR (VPX in VR) with VD wireless for the first time.... and it runs MUCH better using VD than it did years ago, and looks much better too. Many people still try to use Open Composite with VPVR, but VD simply worked perfect for me (like it did with FP) with no hassle and with everything maxed out nicely. Keeping in mind, that even with the newest VP updates to lighting and the newest tables (which do look really nice)... there still isn't any kind of real 3D lighting that affects everything on the whole table in full 3D space / rendered per pixel, etc (and it still shows much more in VR). This is less demanding compared to FP's lighting / shading / shadows, etc.... but in the end its still amazing looking pinball in VR.

Anyone try using this with a Quest 2? Curious if it works better / worse with FP VR. 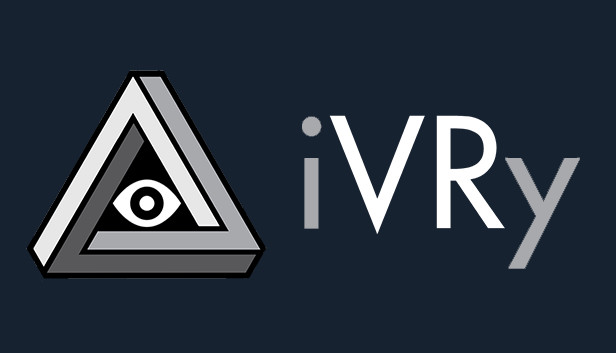 iVRy Driver for SteamVR on Steam

TerryRed said:
Anyone try using this with a Quest 2? Curious if it works better / worse with FP VR.

iVRy Driver for SteamVR on Steam

I will try when i'll received mine But i find something really instresting!
J

I know is it in French, but here a really interesting test, on which it's explain why wifi work better link! Occulus app have really a crap link optimisation! 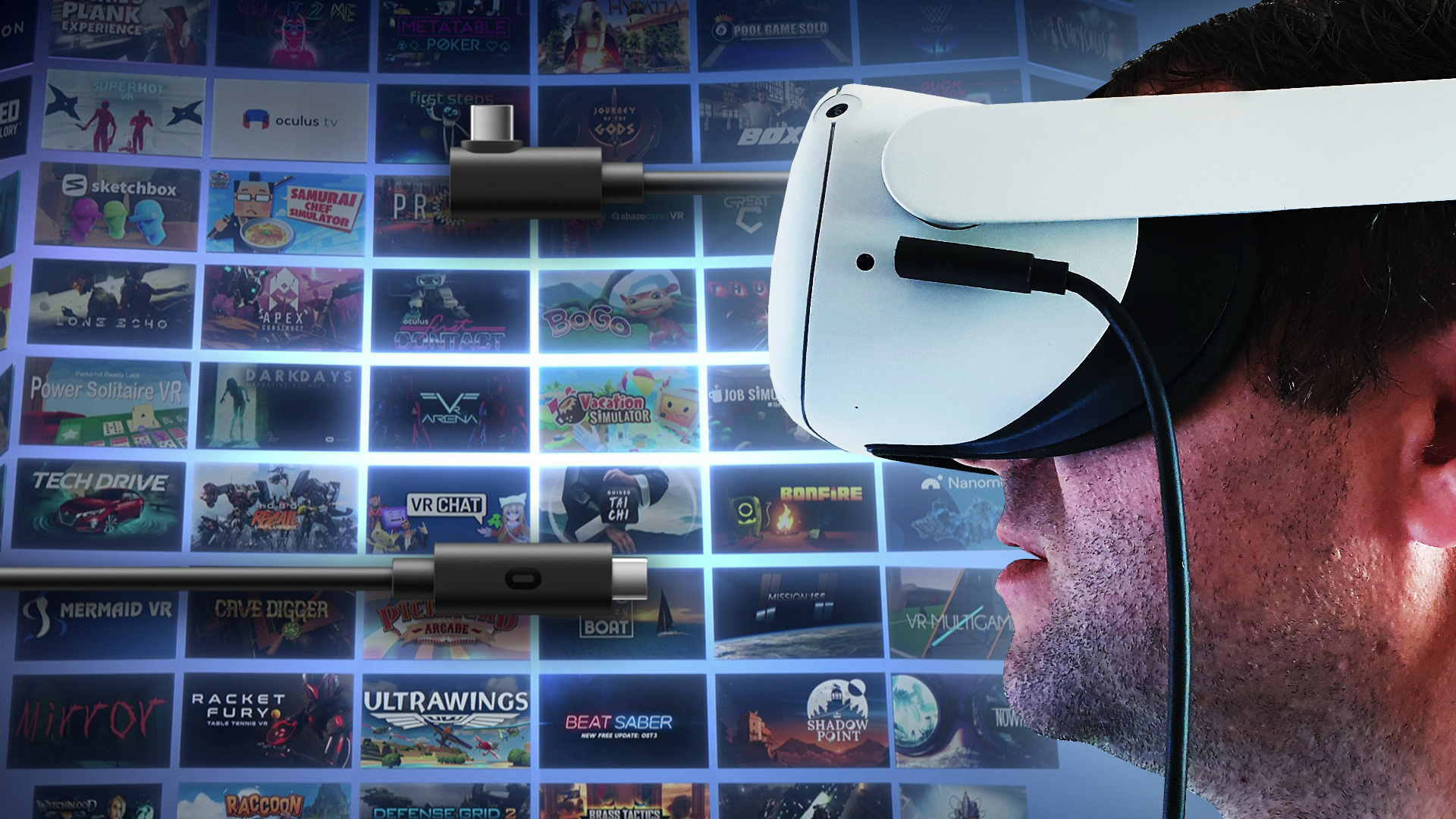 
And here a good and fresh tutorial for OpenXR toolkit working with OpenCompiste:

I made some other research... The quest2 SoC have a maximum of 150mbps of bandwith without struggling... Over that, for sure you will have better quality, but you will have more lag and drop frame.. wich is not good for pinball.
It seems that a setting at 120/130 mbps is the best setting, it let aprox. 20/10mbps margin if needed.

Also, it appear it same just with a good Wifi dungle dedicated to Quest 2... Even if Wifi Direct is limited to 250mbps on W10, it's far enough.

So yes. VD should be the best solution, and it should not have a difference between link and air.