FUNLAND ARCADE
Gary Flower
This year Britain saw the closure of London’s premier family entertainment centre (FEC), Namco Funscape, after twenty-five years, and Sega World in the Trocadero had closed prior to that.

The capital now has a new FEC, Funland, opening in the iconic grade 2 listed Brunswick Centre in central London’s fashionable Bloomsbury district which offers both retail and leisure facilities. 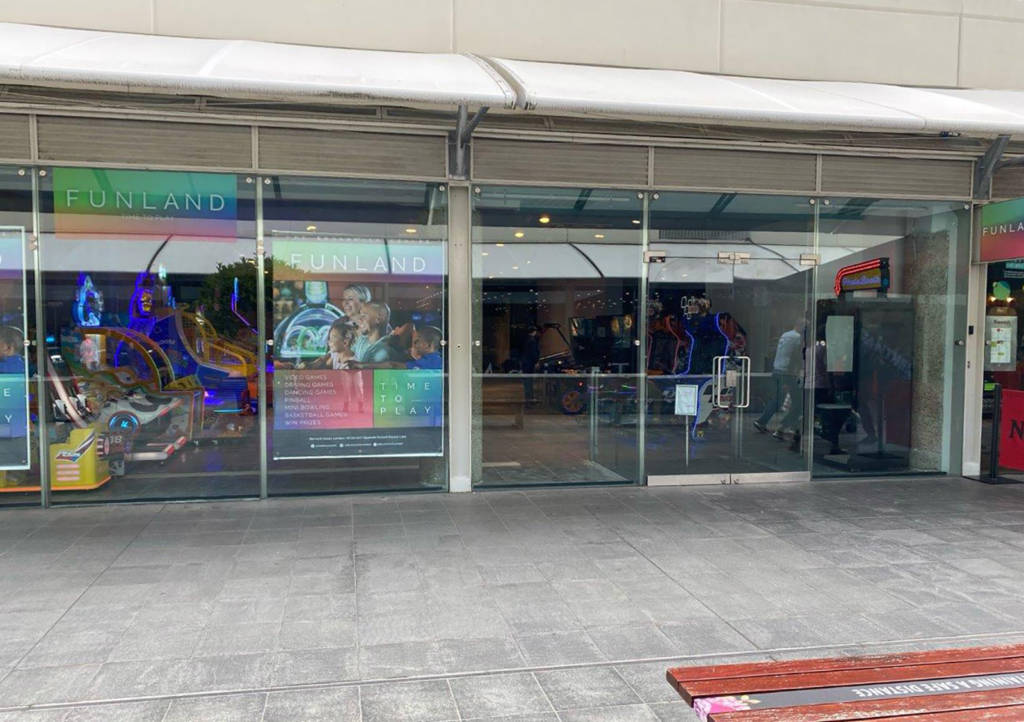 The Centre was in the news in 2018 when it hosted the launch of the Stern Pinball’s The Beatles: Beatlemania Pinball machine, organised by the UK’s Stern distributor, John Stergides and Electrocoin. 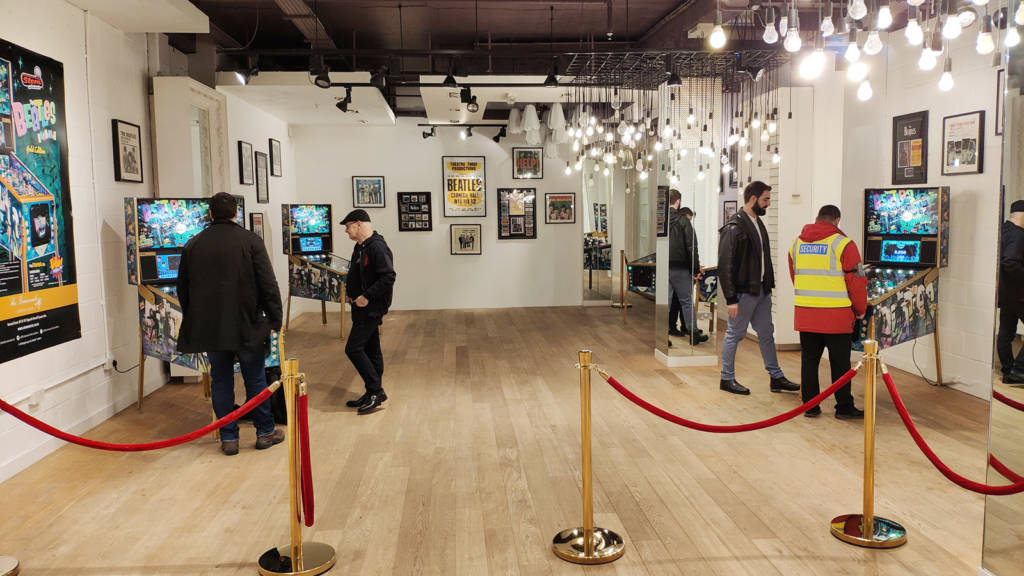 The UK launch of The Beatles: Beatlemania Pinball

Preparations for the arcade’s opening started in August but was delayed by supply chain issues. However, John and his team have made significant progress; inside you will find the full spectrum of amusement machines from kiddie rides to pinball via dance, driving, shooting, basketball, wack ‘em machines, and mini-bowling lanes, as well as Skill Cut Winner and Skill Shooter games manufactured by Electrocoin, and vending machines for footballs and capsules. 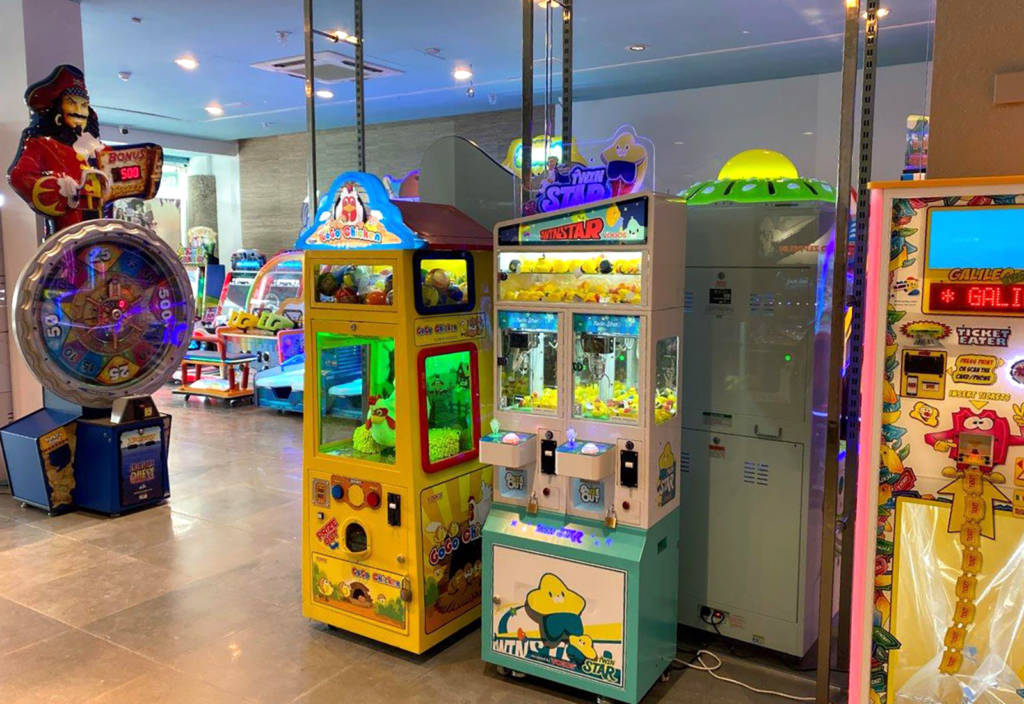 Some of the amusements at Funland Arcade 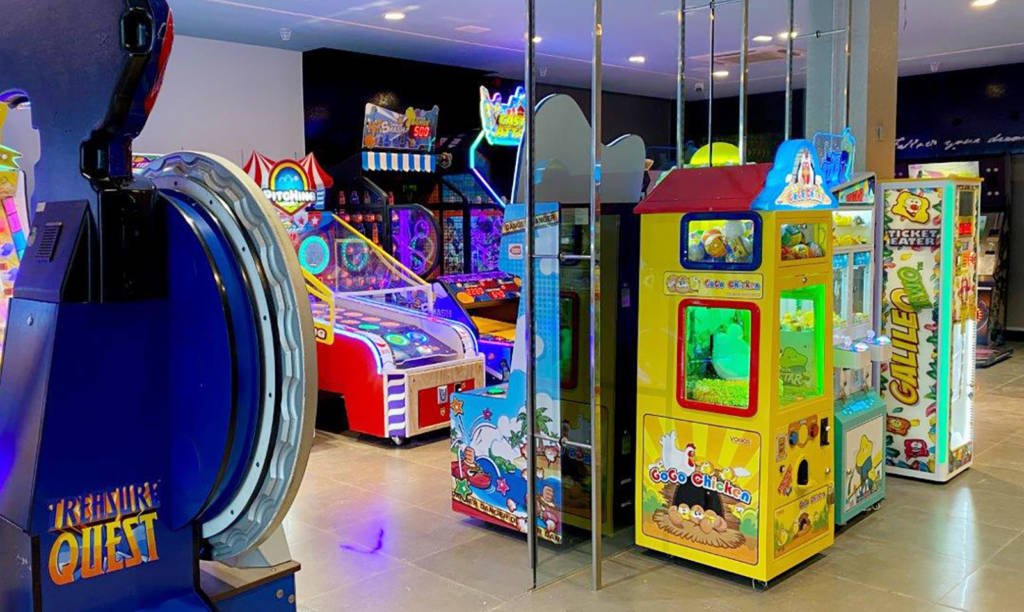 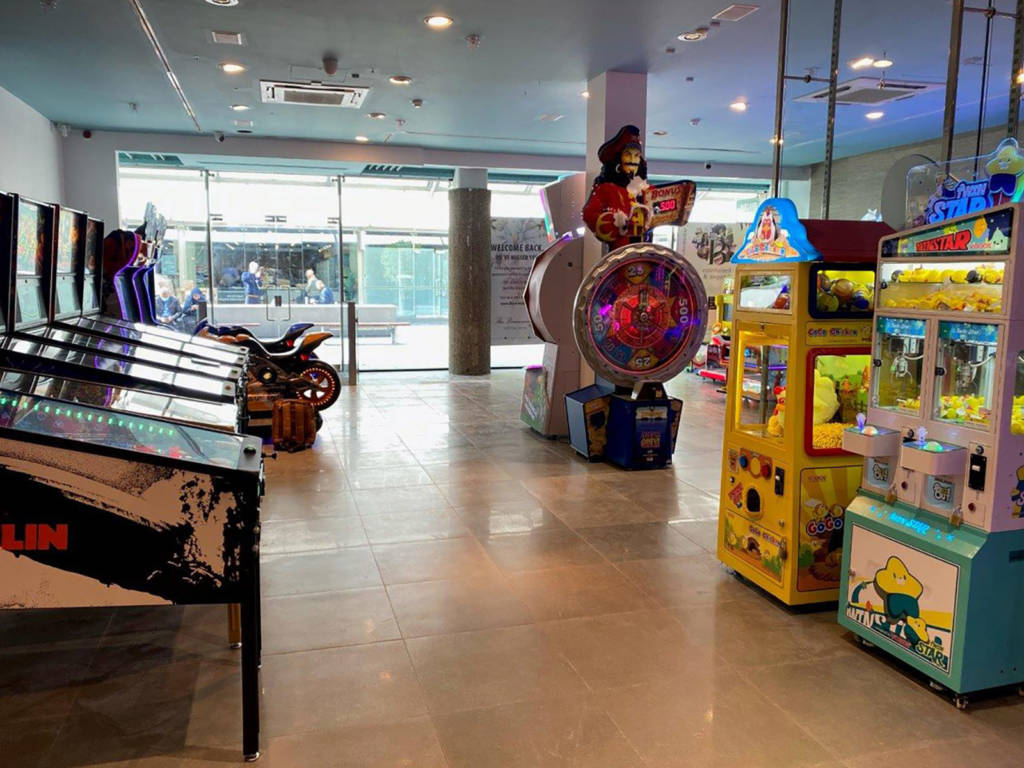 In pride of place is the row of seven Stern pinball machines, including the newly arrived Godzilla Pro (the most new machines you will find in any London location). 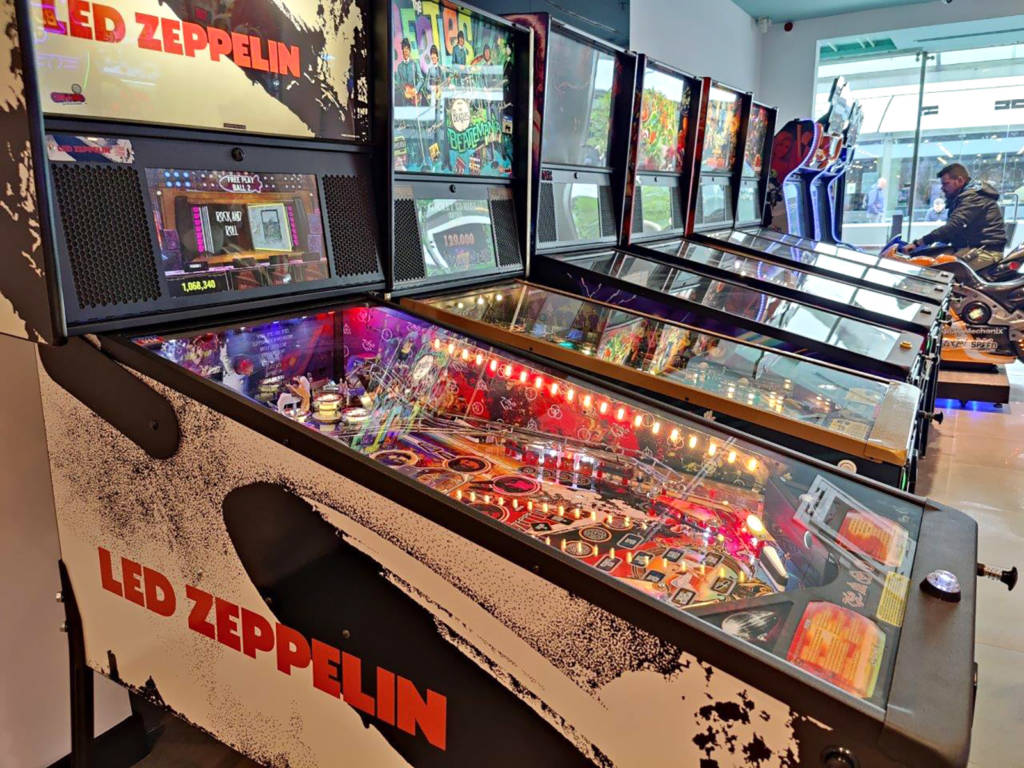 Six of the seven pinballs at Funland Arcade, since joined by Godzilla

John told me, as his company, Electrocoin, is the Stern distributor for the UK he will be always have the latest Stern games in this arcade; in this way Funland will be the flagship location for Stern pinball machines in the UK, where customers can check out the latest Stern products. 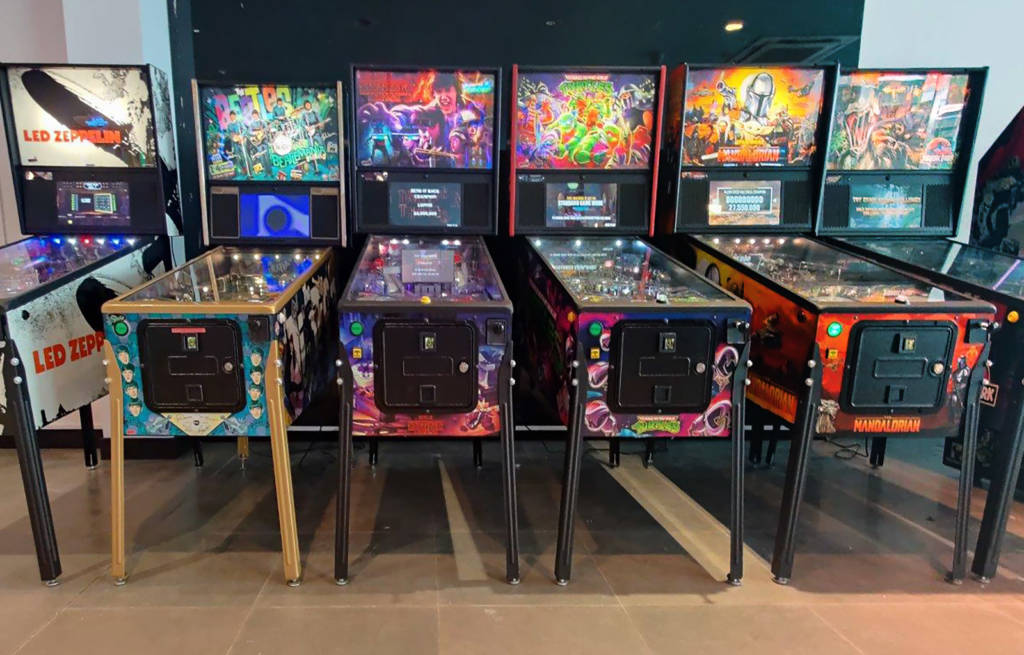 As part of the opening events, Neil McRae will be running an IFPA-sanctioned pinball tournament, open to the public and streamed globally, on 28th November. As well as publicising the new FEC, the intention is to promote public awareness of pinball and showcase the latest Stern pinball machines. 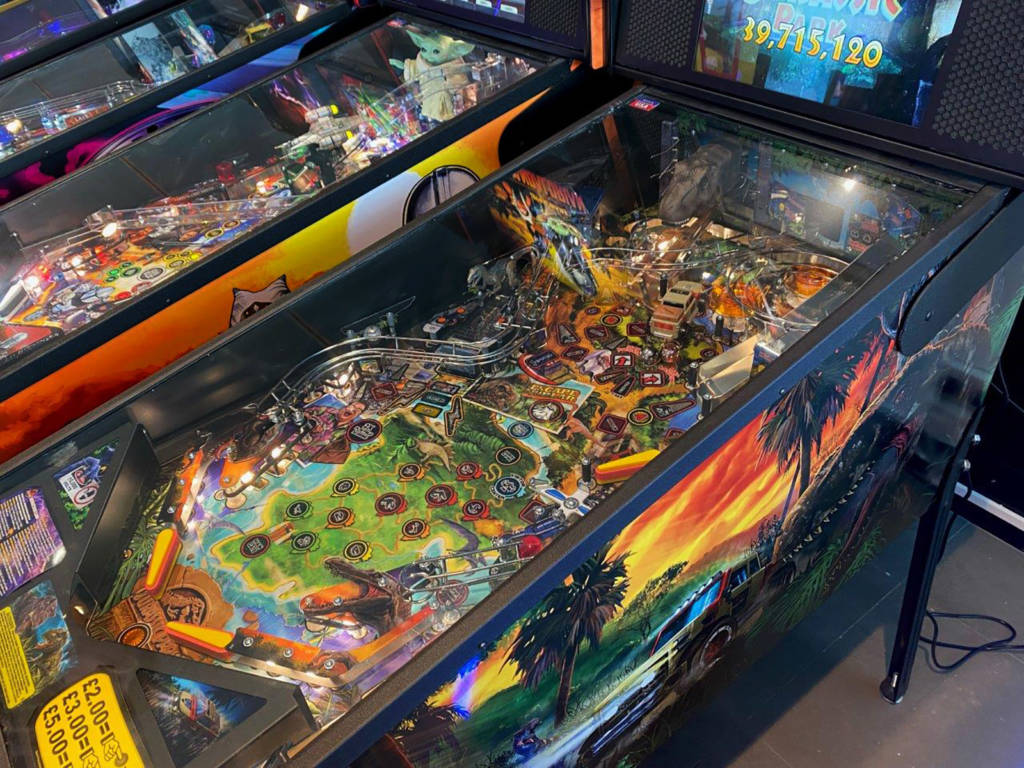 John Stergides told me the FEC will use a cashless payment card system provided by Intercard, another of the products Electrocoin distributes. This will provide the benefit of dynamic pricing, so having fun will cost less during quieter periods.

I visited prior to the public opening and found the location easy to get to, situated next to Russell Square tube station in a mixed residential, retail and leisure area surrounded by shops, cafes and restaurants.

Funland provides the missing piece of the jigsaw, offering something for everyone to do. Funland can be found in the Brunswick Centre, Bernard Street, London WC1 1BS and is open from 10am to 10pm every day.

Finally some good news for us Brits